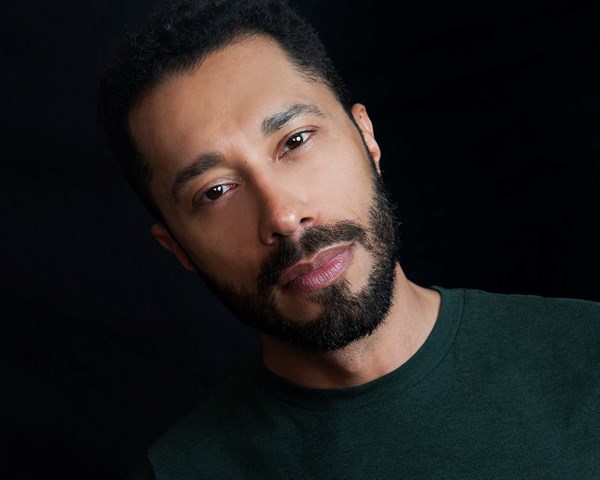 William DeMeritt is an actor, writer, director, theatre educator, and dialect coach. Off-Broadway credits include The Death of the Last Black Man in the Whole Entire World AKA the Negro Book of the Dead at Signature Theatre Company; Liz Swados’ Violence Project at LaMaMa ETC.; and Mom, How Did You Meet the Beatles? at The Public Theatre. International credits include Hamlet at the Bridge Lane Theater (London) and October in the Chair & Other Fragile Things at the Amsterdam International Fringe Festival. Regional credits include Will in Shakespeare in Love (U.S. premiere), Fenton in The Merry Wives of Windsor, Sholem Asch in Indecent at Oregon Shakespeare Festival; Orsino in Twelfth Night at Yale Rep; We, The Invisibles at the Humana Festival of New American Plays, Actors Theatre of Louisville; writer and co-creator of the one-man show Origin Story (winner, New York Innovative Theatre Award, Best Solo Performance); Sense and Sensibility at Dallas Theatre Center; and The Slam Jam at the Upright Citizens’ Brigade Theatre. Film credits include The Normal Heart; The Lennon Report; The Surrogate; What’s Up, Lovely?; and Bad Luck Dandelion. Television credits include The Flight Attendant (HBOMax), NCIS: New Orleans, Person of Interest, Law & Order: SVU, One Life to Live, The Outs (Vimeo), and Guiding Light. Additional credits include the audiobooks Underground Airlines (AUDIE nomination, Earphones award winner), The Mortifications, Snapshot, The Wild Ones trilogy, The Resisters, and the Isaiah Coleridge series; and Featured Narrator for The New Yorker and The New York Times on the AUDM app (streaming service for narrated long-form journalism). William has a BFA from Marymount Manhattan and an MFA from Yale School of Drama. williamdemeritt.com, @demeritt. Special thanks to my wife Cassandra for making this pandemic quarantine time thrive-able and not just survivable. And to Nathan and Lauren for trusting me with their story.