An excerpt from the production program, compiled by Marin Theatre Company and Round House Theatre. Explore the full program here.

When San Francisco went into lockdown in April and everyone’s world catapulted into a new normal of isolation, homeschool, and a ban on all public gatherings (including my beloved theatre), Jasson Minadakis posed the idea of writing a new play about my husband. Nathan is a foremost expert on pandemics with a thrilling life of discovery, travel, and intellectual pursuit. What would a play about him look like? Would I ever consider it?

No, I would not. I first rejected Jasson’s idea of creating a play about Nathan for three reasons:

First, I usually write about scientific history, not contemporary science. I’ve written about Marie Curie, Isaac Newton, Ada Lovelace and Charles Babbage, Henrietta Swan Leavitt and Emilie du Chatelet. I don’t write about contemporary science because we don’t know the end of it yet, we don’t know what current science means at this point. We need a few decades to figure that out.

Second: We’ve been together for ten years, and I hadn’t yet found a way to write about virology that works for the stage. The joke in our marriage is that we were set up to meet so that I would write something about Nathan’s work, and I never did. “Where’s my movie?” Nathan teased. “Where’s my play?” I joke that he got a wife and two kids instead.

Third: My job as a dramatist is to find my character’s deepest secrets, most potent traumas, darkest nights of the soul, and put them onstage for anyone to see. If the play is to work, I cannot be nice to my characters. I have to test them, to corner them, to back them to the cliff’s edge of emotion, and sometimes to kick them over. Was I willing to do that to the man I love? No.

The idea of a play started to make more and more sense. Every person has trauma, secrets, pain. And in this moment—with a global pandemic raging and ravaging communities, with a chilling rejection of science resurfacing, and with undeniable and unnecessary deaths devastating families worldwide—Nathan’s story might be more universal than ever before. I was starting to get that tangled, electric feeling that a good play idea might be blooming.

This wasn’t a good idea just because of his science, but because of his life facing mortality. His family was forced to manage and make sense of death since he was young. His work is the work of preventing mass scale death and disruption due to disease. And he has faced his own mortality more than once.

So the play started to take shape not as a story of science, but of a scientist. A scientist who is smart, determined, adventurous…but most importantly, human. A mortal man facing what we are all facing now: waves of loss, the feeling of racing against death, the feeling of being helpless against a deadly unknown.

But a good main character needs secrets, something they are forced to reckon with, something that can’t be hidden any longer. I knew Nathan’s secret because it was mine too. I won’t spoil it for you, but in this shared trauma I realized I could write a new kind of one-person play that twisted the predictable theatrical form. One where the writer is almost in the play, sharing the journey with the main character. You recall how a playwright must push her characters to the edge? Well, I thought, what if the character pushes back? 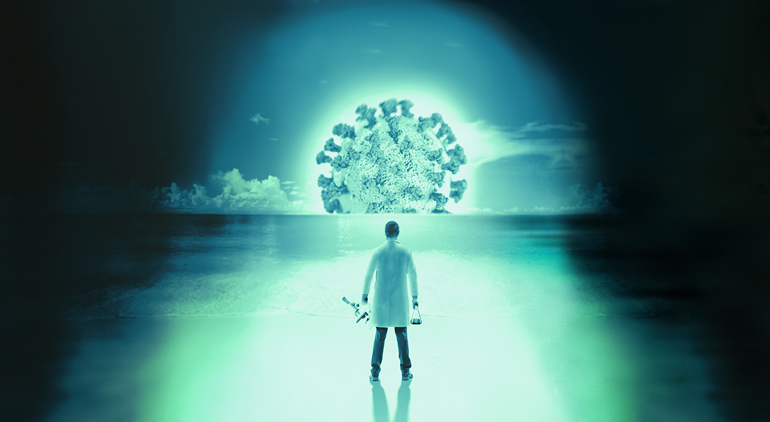 I recorded dinnertime interviews with Nathan and used them to go deeper into his past, closer to his current thinking, and to surf his dreams and new ideas. I read Nathan’s papers. I asked him questions I’d never asked before. I assumed things about him, then was corrected in my assumptions. This play made us both unpack things we’ve never stopped to unpack before. And since we were on lock down, he was always there to interrogate. I was living with my source material. Lucky me.

After much delay and indecision, I wrote the first draft in one week. Jasson was happy and (more accurately) relieved that I actually wrote the damn thing after all.

Of course I told Nathan what I was writing and asked his permission to delve into the harder parts of his life. But I didn’t tell him how the play would feel, how the story moves, the battle of writer and character, or where it ultimately goes. And I didn’t let him read it or see it until the very first rehearsal with our brilliant actor, Bill DeMeritt.

I wanted Nathan to be not only the subject of the play but its first audience.

He laughed. He cried. He gave me several notes on the science.

The strange prism of theatre evokes new meaning and new truth from a world we think we already know. Even though it was a play about his own life, I think Nathan would admit that he learned things unknown to him. Even though it was personal, it was surprising. The scientist discovered a new story of himself.

This sounds a bit grand. But theatre can do that. It uncovers. It unpacks. It lets one person’s story flow into another’s.

A playwright must become intimate with their protagonist. A writer must face their character’s every flaw, examine every fault, challenge every choice. I love my characters because I know them so well. This, I start to understand, is what happens when you write a play about your partner. Facing the tough parts of their life head on deepens understanding and thus deepens empathy. Deep knowing and deep love are partners. I love him in new ways because, now, I know him in new ways. 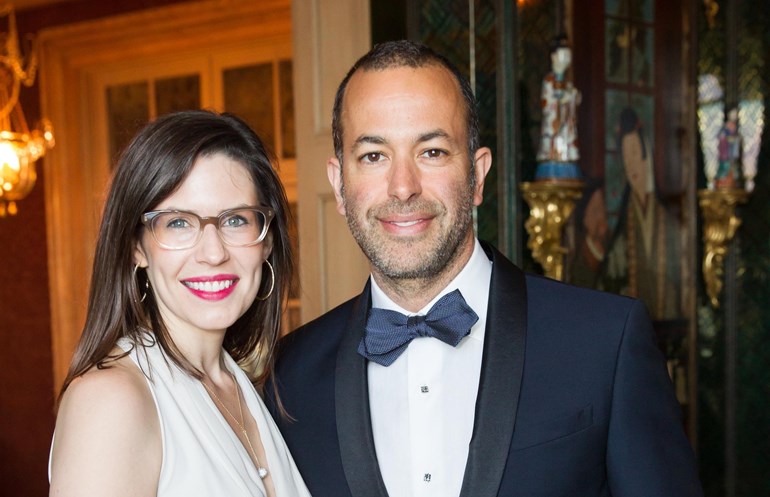 Return to The Catastrophist >>