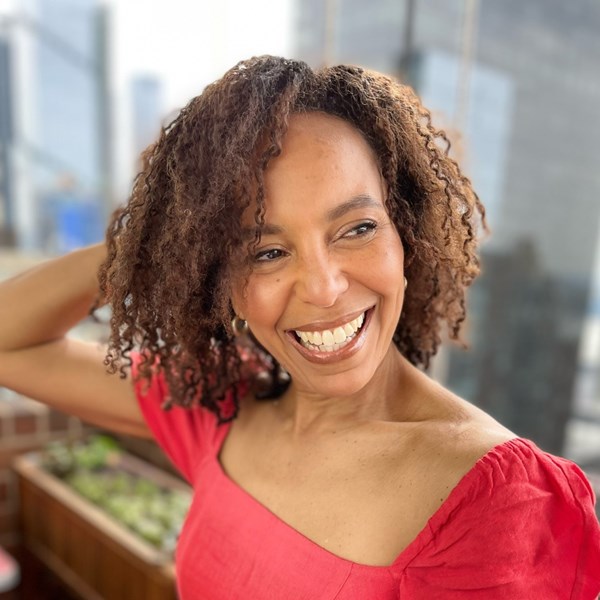 (She/her) Eisa Davis is a writer, composer, and performer. A recipient of a Creative Capital Award, a Herb Alpert Awardee in Theatre, and an Obie winner for Sustained Excellence in Performance, Eisa was a Pulitzer Prize finalist for her play Bulrusher, and wrote and starred in the stage memoir Angela’s Mixtape. Other plays include Paper Armor, Umkovu, Six Minutes, The History Of Light (Barrymore nomination), Warriors Don’t Cry, Ramp (Ruby Prize), Mushroom (premiering September 2022) and ||: Girls :||: Chance :||: Music :||:. A multivolume series of her plays is soon to be published by 53rd State Press. Eisa led the 2021 citywide celebration of Kathleen Collins’ work AFROFEMONONOMY // WORK THE ROOTS, has recorded two albums of her original music, Something Else and Tinctures, and has enjoyed a multi-decade career as a performer on stage and screen. Current projects include her music-theatre piece The Essentialisn't, and the songs for a musical version of Devil In A Blue Dress. An alumna of New Dramatists, Eisa has received awards and fellowships from the Hermitage Artist Retreat, the Doris Duke Charitable Foundation, the Helen Merrill Foundation, the Van Lier and Mellon Foundations, and Cave Canem. Eisa was born in Berkeley, CA and lives in Brooklyn, NY.