Gordon Hirabayashi (1918—2012) was the eldest of five and grew up on a farm just outside of Seattle, Washington. As the son of Japanese immigrants (Issei generation), he was taught deference and to value communal obligation above the wishes or desires of the self. But being American-born citizens, Hirabayashi and his fellow second-generation Japanese Americans, or Nisei, also grew to identify with Western individualism. He attended Japanese language school, the local Japanese American social clubs, and subscribed to the Nisei Courier newspaper, as well as participated in Eagle Scouts, glee club, intramural high school basketball and baseball, theatre, and Hi-Y (a high school social and civics organization connected to the International YMCA). In civics class, Hirabayashi was awestruck by and wholeheartedly subscribed to the idealism and aspirations of our U.S. Constitution – that all persons are created equal with liberty and justice for all regardless of race, religion, creed, or national origin. It began his inclinations that “first-class citizenship was a viable objective” despite “the knowledge of second-class status of Japanese.” (Hirabayashi, 29)

And so, as a Math-turned-Sociology major at the University of Washington who was also newly converted to Quakerism, Hirabayashi was conflicted when curfews and then evacuation orders were inflicted upon the Japanese and Japanese American communities as America entered World War II. As a Nisei and chonan (or eldest son and heir), he had a strong sense of familial duty and obligation towards the larger Japanese community, who called on everyone to comply with the orders and not make any waves.

But he couldn’t shake his sense of injustice when he saw his community subjected to restrictions and ultimate loss of their basic constitutional freedoms of life, liberty, and the pursuit of happiness. Amidst personal and public turmoil, Hirabayashi ultimately decided, “It was something I couldn’t accept myself and still maintain an honest feeling that I was a proud American citizen. I wasn’t. Unless I took a stand.” (de Graaf) 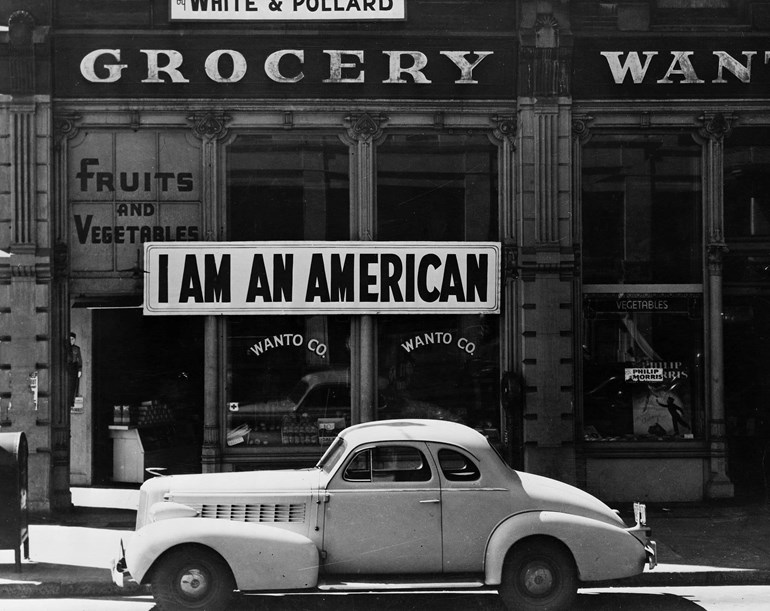 A sign in Oakland, Calif., in 1942. It had been placed in the window of a store on Dec. 8, 1941, the day after the attack on Pearl Harbor. The owner, a University of California graduate, would be sent to the internment camps. | Dorothea Lange

February 19, 2020 marked the 78th anniversary of Executive Order 9066, which authorized the displacement, evacuation, and internment of over 120,000 people of Japanese descent from the West Coast. Survivors’ experiences in Relocation Centers and the ten Internment Camps during WWII continue to inspire Japanese Americans to emulate Hirabayashi’s hopeful civic commitment to the promise of the U.S. Constitution. Many now work to raise awareness and remind their fellow Americans of our society’s dangerous prejudices, so that history does not repeat itself.

On February 22, 2020 the Philadelphia Chapter of the Japanese American Citizens League (JACL) held a Day of Remembrance event in City Hall to memorialize Japanese exclusion and internment. In addition to honoring local internment camp survivors, the event also featured a panel discussion with representatives from the following organizations: 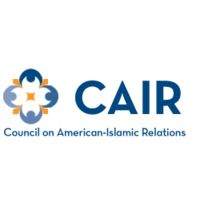 The Council on American-Islamic Relations (CAIR). Founded in 1994, CAIR works to promote a positive image of Islam and Muslims in America and seeks to empower American Muslims. After 9/11, the continuing War on Terror, and Executive Orders authorizing travel bans (justified in court using the Fred Korumatsu Supreme Court decision upholding the constitutionality of Japanese Internment), anti-Islamic and anti-Muslim hate crimes, discrimination, media representation, and general public hysteria more than echoes the treatment of Japanese Americans in the 1940s. 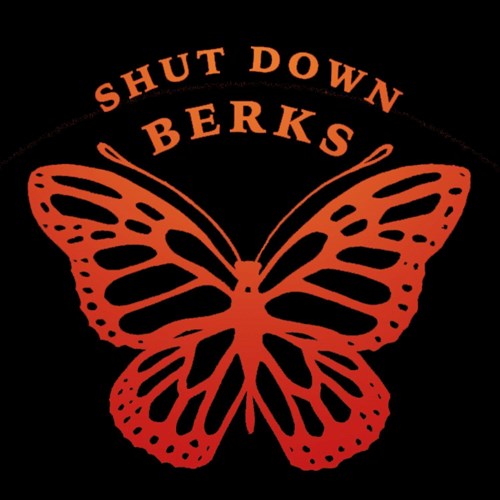 The Sunrise Movement, AKA the Shut Down Berks Coalition. The Berks County Residential Center (BCRC) is an ICE detention center in Leesport, PA, less than an hour from People’s Light. It is a 96-bed family detention center and one of only three such prisons in the country. The coalition is fighting against the immoral and unjust treatment and separation of immigrant families, the daily trauma imprinted upon children in such an environment, and the dubious legality of BCRC’s license to care for children. Many in the Japanese American community draw a direct line from Internment to our current inhumane practice of immigrant family detention. 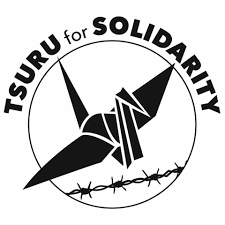 Tsuru for Solidarity. Tsuru means “crane” in Japanese and symbolizes peace, compassion, hope and healing. Earlier this year, Japanese American social justice advocates were planning a march in Washington D.C. to end detention sites and support immigrant and refugee communities. Due to the pandemic, organizers shifted to a variety of virtual and distanced actions. They have already folded 120,000 paper cranes to represent the 120,000 Japanese interned during WWII, and are now asking for help folding 400,000 additional cranes (the number of immigrants incarcerated annually). Through social media, remote action, and socially-distanced demonstrations, organizers are continuing to advocate for refugees and immigrants in our detention centers, now made even more vulnerable by the pandemic.

Header: Children pledging allegiance to the American flag at San Francisco’s Raphael Weill Elementary School in 1942. Those whose families were of Japanese ancestry were sent to internment camps. | Dorothea Lange