The Black Arts Movement 2.0: The Uprising

In this mini documentary, First World Theatre Ensemble founder Zuhairah McGill connects the theatre communities and movements of today with their historical roots through a series of artist interviews.

"This short film is essential to the history of the United States. I want it to spur political activism and use of speech and our stories throughout every African American community.

It is a film about allowing African Americans and African American artists the chance to express their voices in the mass media as well as become involved in bringing change in our communities and breaking the chains of systemic racism.

For me, I believe The Black Arts Movement 2.0: The Uprising and the Black Lives Matter movement and all that we are still fighting for, is the continuation of the concept related broadly to the African American's desire for both self-determination and nationhood.”

The Black Arts Movement of the 60s and 70s sought to create politically engaged work that explored the African American cultural and historical experience and transformed the way African Americans think and feel about themselves. I hope now, in 2020, this film has the same effect. 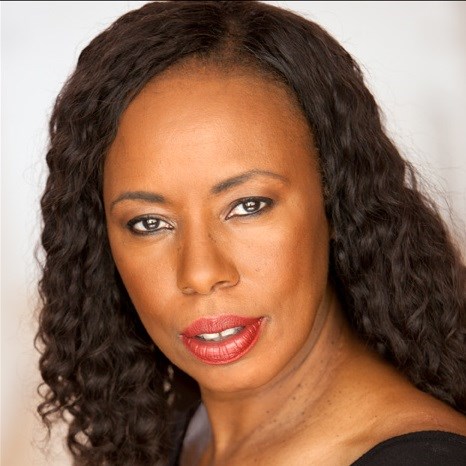 ZUHAIRAH MCGILL was born in Brooklyn, NY and trained in New York City. Her career in the arts and theater has spanned over 45 years. Her career has been focused on directing, acting, teaching and using theater as a Social Justice for Change learning tool. She is the founder & Producing Artistic Director of First World Theatre Ensemble and Hands Up Films production company.

Under Zuhairah’s direction First World has produced over 25 plays and a poetry slam, and established the H. German Wilson Griot Awards to recognize unsung heroes in our community who have passed on the history and traditions of African American people through service to the community. Some recipients of this award were: Walter Dallas, Lorene Carey, State Rep Curtis Thomas, and Sonny Driver.

She was the Director for The Prince Music Theatre for at-risk youth in which she trained and directed over 40 at-risk kids in theatre, music and dance, putting on a production each year. She’s taught playwriting for Point Breeze Performing Arts, Philadelphia Young Playwrights, and Village of Arts and Humanities where she and her mentor H. German Wilson took over 50 kids to New Mexico to perform and teach the power of the arts and how it can heal.

She has worked with the Philadelphia Mayor’s Office and renowned author Lorene Cary as part of Philadelphia’s One Book/One Philadelphia, leaving no child behind in Philadelphia’s literacy program. She has also worked with The House of Umoja helping to save African American boys from systemic racism and helping them to become productive young men in society.

She sat on the panel for “A Conversation of August Wilson’s Works” Art Sanctuary, and has performed for the National Black Writers Festival, in honor of Chinua Achebe.

She was the director and producer (for 2 years) for The C Delores Tucker’s Martin Luther King Non-Violence Award Ceremony, where she had the honor to work with Cicely Tyson, Joe Frazier and Jackie Frazier. She also directed The Sounds of Philadelphia with Billy Paul, The Delfonics, and The Bluenotes honoring Kenny Gamble and Leon Huff of Philadelphia International Records.

Zuhairah is a Director for First Person Arts Festival where she does work that affects the LGBTQ community, African American men and women, and survivors of domestic violence and substance abuse.

The Black Arts Movement 2.0: The Uprising is the first film her company Hands Up Films has produced.

Making a Homeplace by Jeannine Osayande