"This. Was. The. Truth. All I did was tell a true story. I know. It feels like cheating. And yet. It's difficult to explain the cost for Black and Brown bodies telling the truth while living in the myth of white supremacy that is the United States. A family. A career. A reputation. A home. A life. Nothing is deemed by white folx as too precious to take away from you for telling your liberated truth. So the next time a Black or Brown body tells you that liberated truth that makes you squirm, hyperventilate, panic? Take it. Breathe deeply. Keep going." 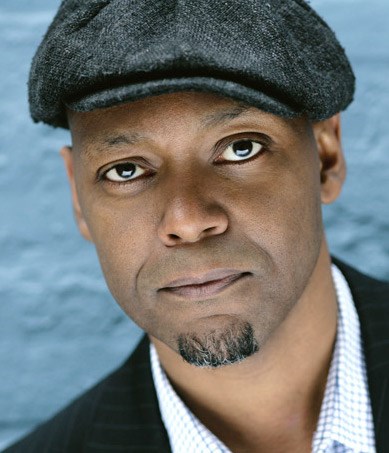 GODFREY L. SIMMONS, JR. is the new Artistic Director of HartBeat Ensemble, Hartford’s Public Theatre. He is also co-founder of Civic Ensemble, a community-based theatre company in Ithaca, NY. For Civic, he directed Eugene O’Neill’s All God’s Chillun Got Wings and The Next Storm, and appeared in My Children! My Africa!, Fast Blood, and his adaptation of Mike Daisey’s The Trump Card. Godfrey was Producing Artist in charge of New Artist Development for Off-Broadway’s Epic Theatre Ensemble, appearing in A More Perfect Union, Widowers' Houses (which Godfrey co-adapted with Ron Russell), and Measure for Measure, among other plays. At Epic, he also co-wrote and starred in a documentary play about the election of President Barack Obama, Dispatches From (A)mended America. Additional New York theatre credits include The Old Settler (Primary Stages), Betty’s Summer Vacation (Playwrights Horizons), Free Market (Working Theater), Leader of the People (New Georges), and microcrisis (Ensemble Studio Theater). Godfrey is a 2012 TCG/Fox Fellow, a participant in the TCG SPARK Leadership Program, and a lifetime member of Ensemble Studio Theatre.