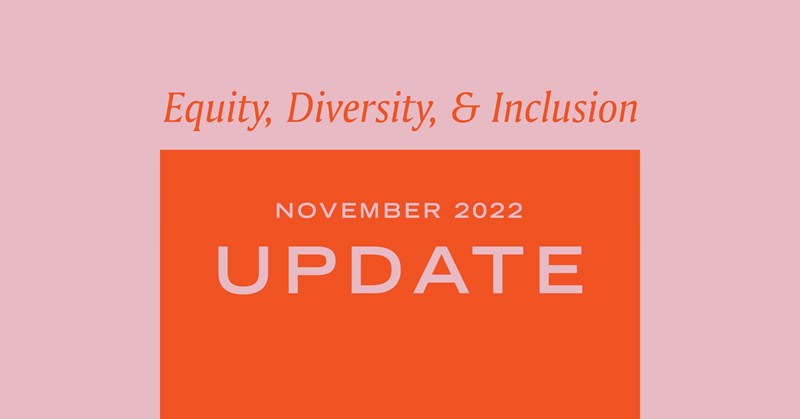 The quest for Equity, Diversity, and Inclusion at People’s Light takes many different forms — from the grand, global efforts to rethink our physical spaces to considerations about whether to capitalize terms such as “Black” or “white.”

The biggest change – for me, at least – is that I am now the Director of Accessibility and EDI Programming.  With this shift, I work full-time to increase access to our theatre and to help create the inclusive, socially just community we want here at People’s Light. My work is primarily internal. I offer workshops and promote conversations among People’s Light staff and artists to increase our cultural consciousness. This is work I love: digging deeper into these issues and learning alongside my colleagues how to navigate our fabulously diverse world with kindness and the broadest possible welcome.

Here is a summary of the Accessibility and EDI work that People’s Light has accomplished in the last year:

While external work is done by all departments, Mieke D., who joined People’s Light in February as our mononymous Director of Community Programs, and Kathryn Moroney, our Director of Education and Civic Practice, steered much of the work described below.

EDI work is never done; nor should it be. The world changes, we learn more. In this light, we are constantly reviewing and revising our work so that we can do better. This includes:

If you have ideas for EDI programming or for improving accessibility at People’s Light, please let me know at jackson@peopleslight.org.