This spring, People's Light was on the move!

The isolating and turbulent early months of the pandemic led us to seek new ways to connect, and reassess how we can best reach, welcome, and support all members of our communities. With theatre as we knew it at a standstill, we threw our creative energies into a range of digital content and outdoor, on-campus programming to help keep the arts alive and artists employed in our region. At the same time, we were also planning an ambitious off-campus project to meet people where they were, in the safest way possible. In the spring of 2021, this project came to life as People’s Light On the Move – a series of interactive outdoor performances in local communities, presented in partnership with 10 community organizations.

With the help of our fantastic community partners and generous support from The Barra Foundation, as well as the Chester County Nonprofit Innovation & Resiliency Fund and the Hadley Fund, we created two unique programs to share with On the Move attendees. All events were limited capacity due to strict health and safety protocols, but entirely free to attend!

Audiences in West Chester, Phoenixville, and Cheyney University were treated to Illuminating Bayard, a sneak preview of Steve H. Broadnax III’s new play Bayard Rustin Inside Ashland (premiering in full at People’s Light this May!) The chief organizer of the 1963 March on Washington, Bayard Rustin was a West Chester native, but many Illuminating Bayard attendees were surprised to learn about his prominence as an openly gay Civil Rights activist and advocate for nonviolent resistance. The details of his extraordinary life were even a mystery to some who graduated from the local high school named after him! Broadnax sought to remedy this erasure from history, combining text and songs drawn from or inspired by his forthcoming production into the short piece for On the Move that celebrated Rustin's legacy. 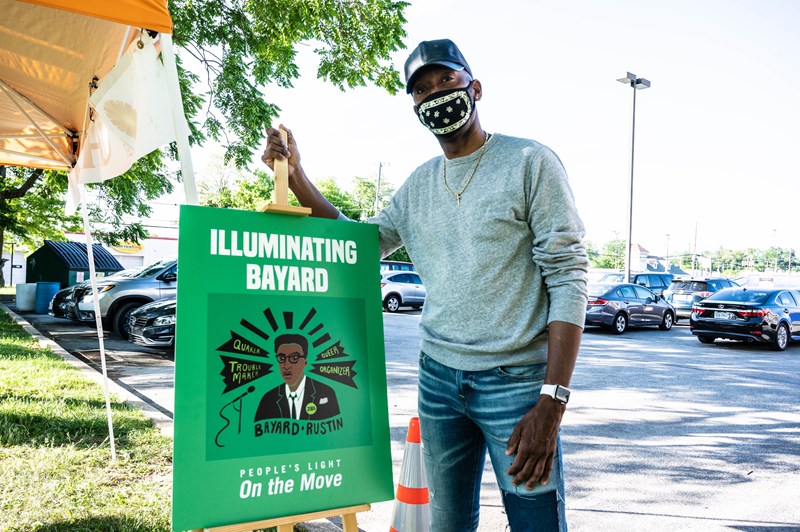 Playback Theatre is an improvisational form of theatre developed in 1975, and currently being practiced around the world. During a Playback performance, actors interview audience members, collecting thoughts and stories that the cast then "play back" in improvised scenes and songs. With People's Playback, we wanted to harness the form's potential for deeply honest, personalized storytelling to facilitate connection and community in difficult times.

We collaborated with our partners in Wayne, Coatesville, Chester, and Kennett Square to create events that reflected the unique interests and concerns of their communities; themes included "White Supremacy, Racism, and the Police," "How We Will Be (or Would Like to Be) Remembered," "Adversities in the Community and Uniting to Overcome Them," and "Migrant Mushroom Workers – Leaving Everything Behind for a Better Life." The Kennett Square event, in partnership with Casa Guanajuato, was fully bilingual, featuring live Spanish translation.

Every Playback event elicited plenty of tears, cheers, and laughter as participants saw their struggles and triumphs represented onstage. The stories were performed with care by a cast that included People's Light company members alongside guest artists. 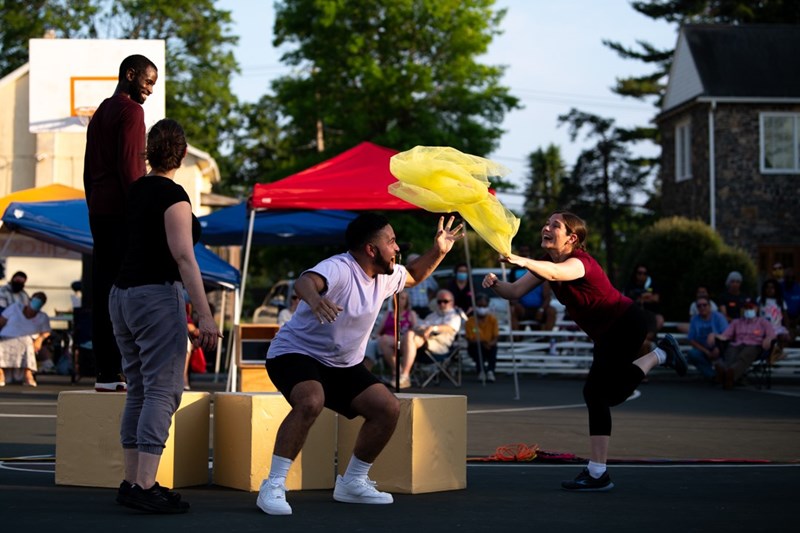 Both Illuminating Bayard and People's Playback created the moments of connection and catharsis that many were missing while theatres and other places of community gathering remained closed. Beyond that, they extended our connection with our neighboring communities in ways that traditional theatre can't, reaching some who would not normally choose or be able to come to Malvern for a play. As we get ready to officially reopen our theatres, we won't let go of these new and renewed connections – we strive to create events and experiences that are accessible, inclusive, and welcoming to all.

Thank you to our fantastic community partners!

These amazing organizations worked with us to design theatre experiences specific to their communities, while also navigating quickly-shifting safety protocols to ensure intimate, but entirely COVID-safe performances. We've been fortunate to work with many of them before in new play development, education programs, and more, and we hope to continue collaborating!

Header photo: Illuminating Bayard at Cheyney University, photo by Gina Pisasale. Except where noted, all other photos by Omkar Girish Purandare.