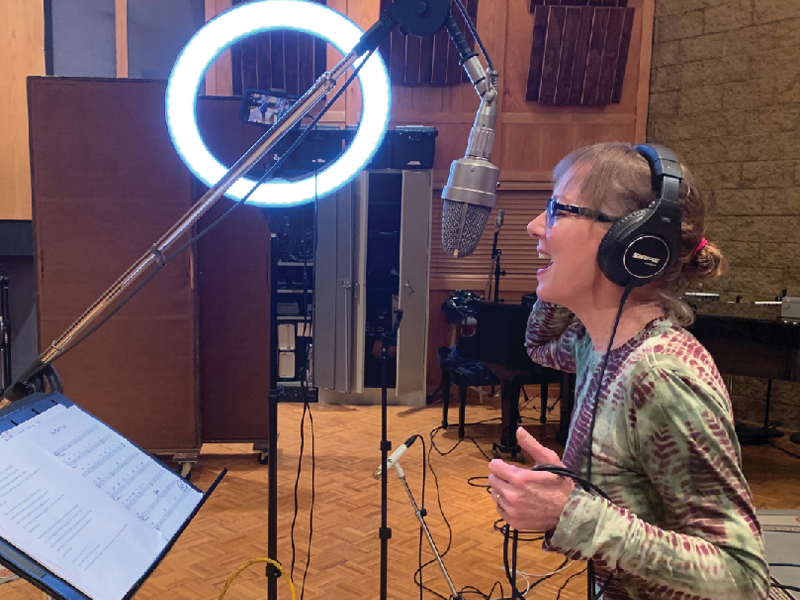 This summer a dream came true for this kid born and raised in Amherst, Massachusetts. Back in July, two of my hometown heroes, Jonatha Brooke and Mitch Chakour, collaborated on the recording of a song I wrote for my new adaptation of Charles Dickens’ A Christmas Carol that People’s Light will world premiere this November.

While I was a teenager in the 1980s, Jonatha graduated from Amherst College and began playing the coffee house circuit. Jonatha’s intimate, intricate, and gorgeous songwriting was a source of huge inspiration to those of us coming of age in Western MA. Jonatha’s band The Story obtained national acclaim by the early 1990s with their album The Angel In The House. I listened to that CD non-stop in college, and I closely followed Jonatha’s solo career for the next three decades. While I knew people who knew and raved about Jonatha, she and I never met until early in my tenure at People’s Light.

In 2013, Resident Company Member and A Christmas Carol director David Bradley, along with Honorary Board Member Hal Real, urged me to attend Jonatha’s sharing of her new theatre piece-in-development, My Mother Has 4 Noses, at Hal’s World Cafe Live. It didn’t take much to twist my arm. I was immediately engrossed by the deeply vulnerable, funny, and searing portrait of loss, love, and care-taking that Jonatha painted in words, music, and family artifacts. Jonatha and I met that evening and it felt like saying hello to a longtime friend. Soon after, Jeremy Cohen, the Artistic Director at the Playwrights' Center in Minneapolis, came on board as the director for 4 Noses. Jeremy is also an Amherst native, a forever fan of Jonatha’s music, and someone I’ve known since we were toddlers. It felt inevitable that someday 4 Noses would come to People’s Light. And in 2015, after a very successful Off-Broadway run, we presented the show on our Haas Stage concurrently with another powerful work about caretaking, How To Write A New Book For The Bible by Bill Cain.

Jonatha’s process for developing 4 Noses proved to be one of the key inspirations for our Harmony Lab program at People’s Light, which spurs and supports new forms of music-centered storytelling. Both Jonatha and I developed projects through that program, and at the same time deepened our feelings of kinship - about the kind of art we love, and the people we want to be.

One of my favorite of Jonatha’s recordings is her haunting rendition of the carol "O Come, O Come, Emmanuel". When I wrote “Tiny Tim’s Folk Song” for A Christmas Carol, I kept hearing Jonatha’s voice in my head and tried to imagine how she might elevate this bittersweet tune. In many ways, she was my North Star. This past spring, I pushed through my anxiety and teenage awe to ask if she might be willing to re-imagine and record the song. Rejoice! Rejoice! She said yes!

Jonatha recorded her vocal and guitar tracks at a studio near where she lives in Minnesota. The other tracks were arranged and recorded by Mitch Chakour from his home studio in Amherst.

Mitch is the Music Supervisor and Arranger of the songs in A Christmas Carol. He has also been my friend and mentor since I was in sixth grade. In a joyful coincidence, Mitch saw me perform a very passionate and squeaky version of U2’s “New Year’s Day” at my elementary school’s Pop Concert and asked my parents if he could be my music teacher. At the time I didn’t know he’d been Joe Cocker’s music director and bandmate, had toured with B.B. King, or played Fenway Park with the J. Geils Band. I just knew he was — and is — one of the most nurturing, generous, and outrageously talented people I’d ever met. He was also the first person I approached when Executive Artistic Director Abbey Adams and I decided I would attempt to adapt and compose music for Dickens’ tale of ghosts and grief and redemption. I could only imagine creating the score for this show if Mitch could be my collaborator … and another North Star. Again, rejoice! Mitch too said yes. 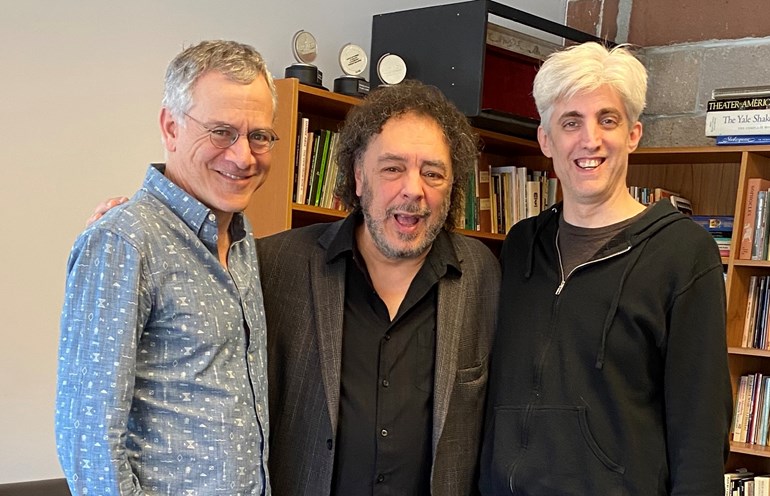 Amazingly, Mitch and Jonatha had never met in all their years in Amherst and touring across similar highways. Nevertheless, it felt like a big reunion when I introduced them. It was a tremendous privilege to observe these two remarkable musicians as they figured out a new approach to this little tune that Tiny Tim starts to sing from his family’s dining table.

“Tiny Tim’s Folk Song” appears in A Christmas Carol in a series of separate sections, sung by various singers, as the Ghost of Christmas Present takes Scrooge around England and across the sea to show him families and friends celebrating Christmas in their own intimate ways. As a result, we never hear it as a complete song. I’m over the moon and North Stars that Jonatha and Mitch made this version where it all comes together. I hope you enjoy it as well.

The world premiere of our fresh, music-infused adaptation of A Christmas Carol runs November 20, 2021 - January 2, 2022 at People's Light in Malvern, PA. Click here to get tickets and learn more.