Behind the Scenes: A Christmas Carol in Concert
December 21, 2020 If any year was in need of a truly epic redemption arc, it would be 2020. Before the pandemic, we intended the world premiere of our brand-new adaptation of A Christmas Carol to be in performances right now, starring Ian Merrill Peakes as Ebenezer Scrooge. Despite the obvious need to postpone the full production until next season, Charles Dickens’ timeless themes of generosity, compassion, and miraculous transformation for the better felt more necessary than ever. So we called upon our own team of omniscient beings – not time-traveling ghosts, but an equally magical group of ingenious theatre-makers – to create A Christmas Carol in Concert.

The made-for-digital script interweaves the text from the classic Dickens tale with original music largely inspired by 19th-century British and European carols, some of which will feature in the postponed full adaptation. Playwright, composer, and PL Producing Director Zak Berkman channeled childhood memories of listening to folk legends like Joan Baez, Bruce Cockburn, and Peter, Paul, and Mary perform iconic interpretations of "Down in Yon Forest", "Heigh Ho Nobody Home", "God Rest Ye Merry Gentlemen", and many more: "Those songs were the soundtrack of my holiday. My family would sing them together nearly every night. And, as with all great folk music, these carols can be reimagined over and over. I knew from the start this music could become a bridge between Dickens' era and our own.” 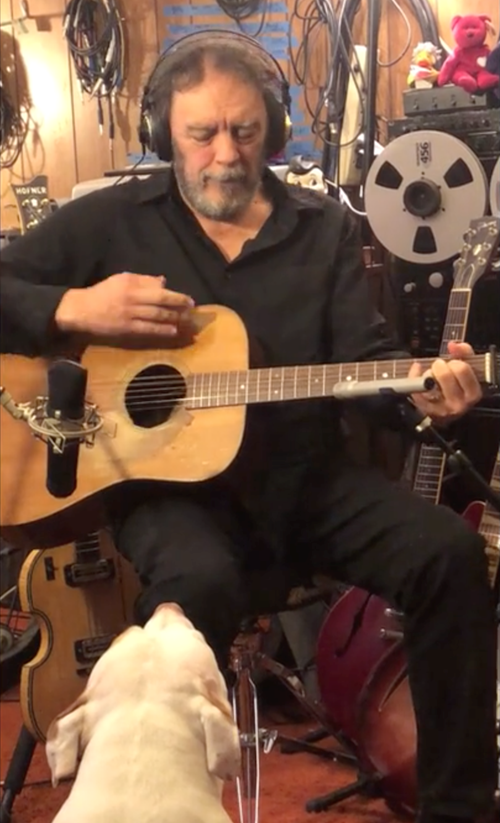 To build this sonic landscape, Zak collaborated with his childhood mentor and longtime friend, Mitch Chakour, a “musician’s musician” whose career includes tours with the likes of B.B. King, James Brown, and Bonnie Raitt – not to mention his role as Joe Cocker’s music director, keyboardist, and vocalist throughout the 70s and 80s. Mitch expanded Zak’s scratch recordings into full arrangements for our talented cast of musicians and vocalists, working with each artist so the songs would be well-suited to their individual range and performance style. And of course, the whole process had to happen virtually – Mitch beamed in all the way from Amherst, Massachusetts!

Long-distance music directing was just one piece of a carefully-designed safety plan that began long before filming. PL General Manager Erin Sheffield completed certification as a COVID-19 Compliance Officer and oversaw a comprehensive set of protocols and precautions, approved by the Screen Actors Guild, which allowed some readers and vocalists to bring A Christmas Carol in Concert to life on our Haas Stage. The theatre was thoroughly cleaned and prepared, down to HVAC upgrades and strict zones and “traffic patterns” for the extremely limited number of people who needed to be present for filming. Actors arrived via car to work with our staff one at a time, after everyone involved received a COVID test. Social distancing and PPE are required on our campus at all times, and throughout filming, everyone except the artist actively performing on mic kept their masks on. Many team members also worked remotely – including Stage Manager Kate Fossner – so technical coordination was the final element of magic at play. The production team delivered video recording kits to each musician in our “home pit”. Vocalists performed onstage to prerecorded backing tracks, even laying down harmonies without being able to hear their fellow cast members’ takes, while Mitch “conducted” from home (tuning in via Zoom, then texting comments to Associate Music Director Justin Yoder). Sound Designer Brent Hoyer managed mic set-up and live audio recording, and then sent the vocals along to Mitch to add the orchestrations. Finally, Leo Switucha edited the audio and footage from all 19 performers, like hundreds of pieces of a massive jigsaw puzzle, into one cohesive story.

So, to the many players who made it happen, the finished, streamable product feels almost as miraculous as Scrooge’s journey with the spirits. When it’s safe, we’re eager (understatement of the century) to welcome audiences back to our theatre for the full, staged production of A Christmas Carol, featuring many of the artists and artisans who created this virtual concert event. But in the meantime, we hope A Christmas Carol in Concert brings you and your family some comfort and joy in this time of isolation.

Click here to meet the cast, watch the trailer, and stream A Christmas Carol in Concert now through January 3. 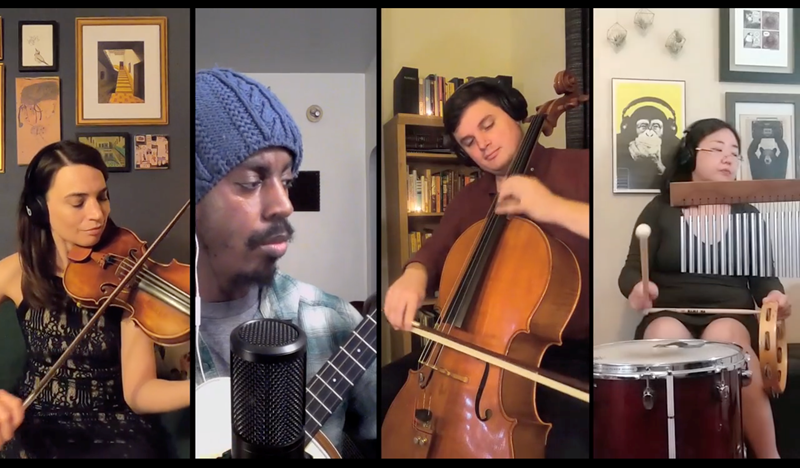