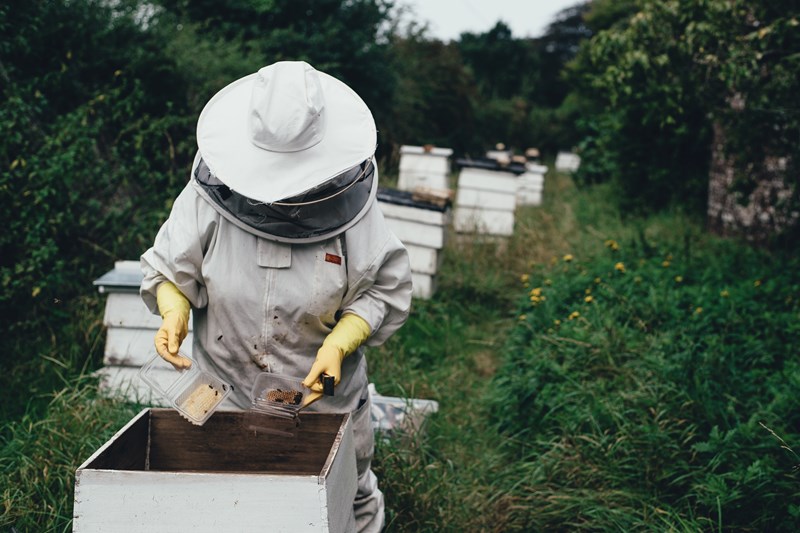 A swarm in May is worth a load of hay;

A swarm in June is worth a silver spoon;

But a swarm in July is not worth a fly.

Keeping of bees is like the direction of sunbeams.

While our theatres lay dormant in early May, a new troupe of artists moved into our Leonard C. Haas Stage. No rehearsal required, however; honey bees are among nature’s most organized and dedicated performers. To have a colony seek shelter in our home, where we take such pride in teamwork and craft, feels like a blessing. 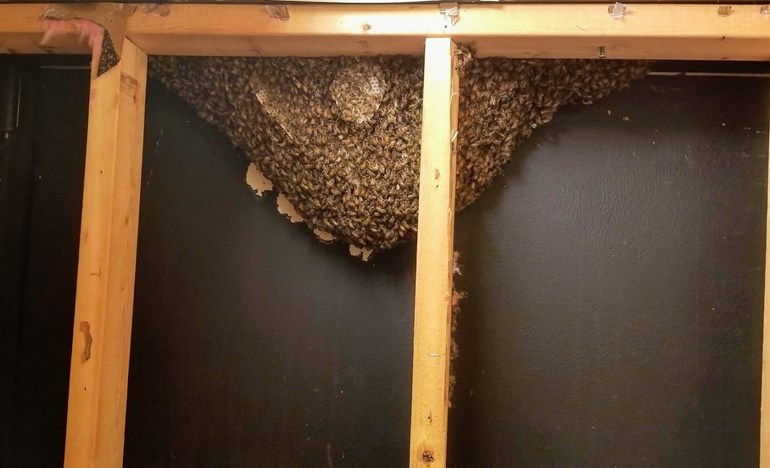 Bees pollinate 1 in 3 bites of food we eat. With over half of North America’s native bee species in decline, and 25% at risk of extinction, it’s important for our own health and agriculture to responsibly rehome honey bees. 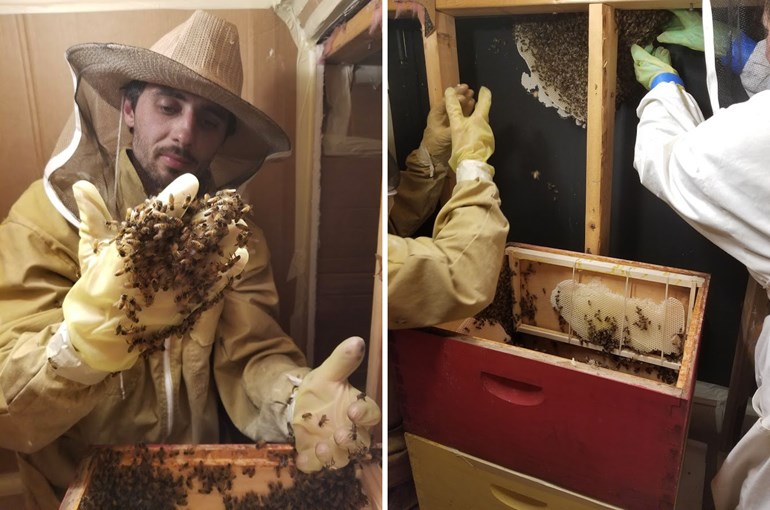 Local beekeepers Rough and Tumble Honey skillfully removed and rehomed the colony. They reported that the job could not have gone better.

“We got every last bee with only one sting. They are a friendly, healthy, curious colony. There were eggs and larvae in the brood comb but no capped brood yet.” 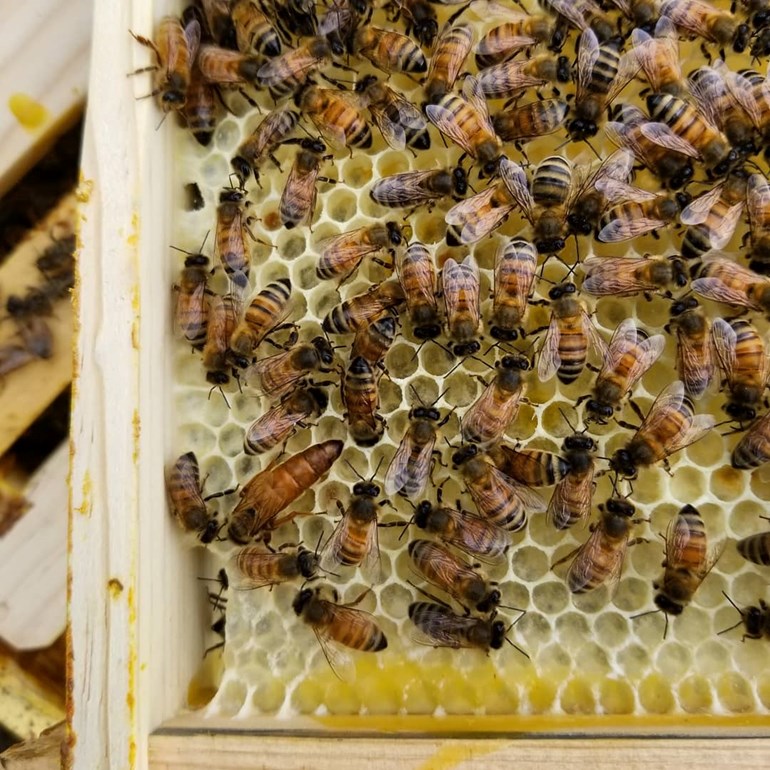 Can you spot the queen? They named her Juliet! Quite appropriate, considering our last performance in the Haas before the bees moved in was Shakespeare in Love. 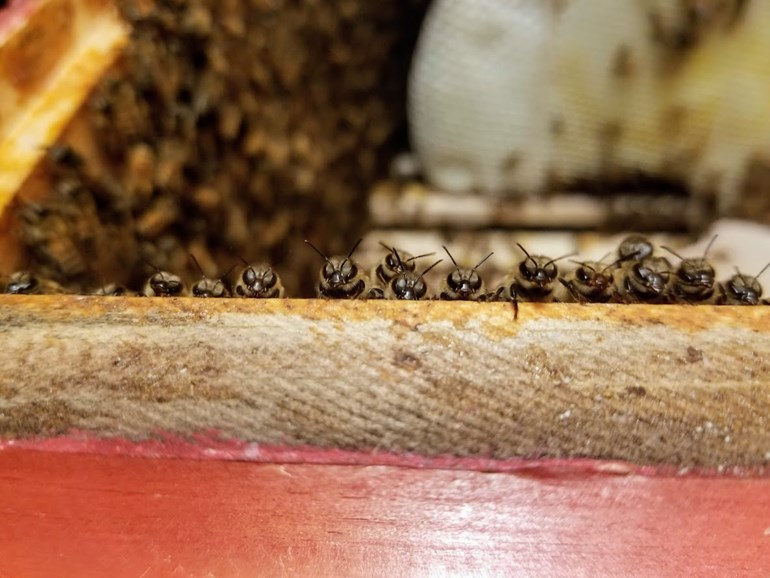 Aren’t their little faces so cute?!

(This post was written by a gardener who loves bees. We realize that some of you may find them a little frightening. Remember—they’re a friendly colony!) 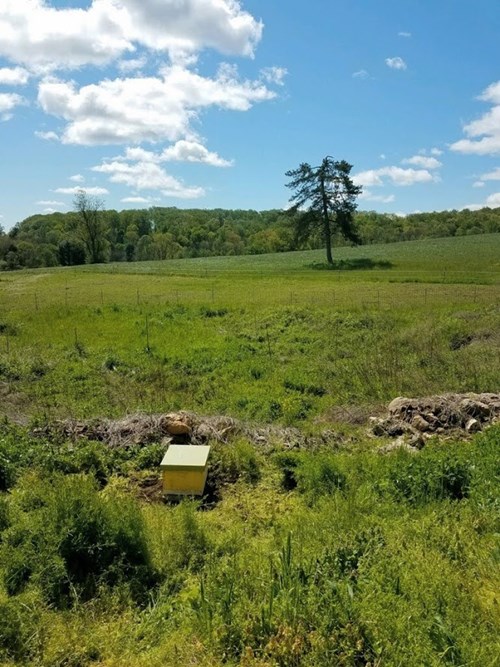 Safe and sound in their new home in Kimberton, PA.

Have a swarm of your own? Contact our friendly beekeepers here:
https://www.roughandtumblehoney.com/

Visit https://thehoneybeeconservancy.org/ for lots of great information about bees and how you can help save them.

All other photography courtesy of Rough and Tumble Honey.