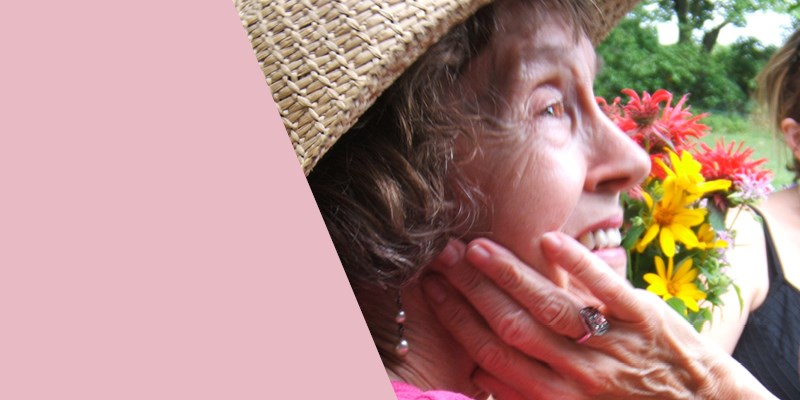 Eve Trojanov, our Subscriptions & Ticketing Manager, sat down with longtime subscriber and theatregoer Sara Funk following our annual Subscriber Party. Read on for some of Sara's fondest People's Light memories and recent reflections.

Eve: I know you’ve been a subscriber for a long time, so I would love to know if you remember the first show you saw here.

Sara: I started coming when People’s Light was at Yellow Springs, and my kids were in Peter Pan. They were the lost boys.... And then after that, they each did five plays apiece with People’s Light. To them, it was not a way to make a living. It’s more they did it because it was so much fun. But when they get together, they entertain the family always. I mean, in their hearts, they’re actors.

Abigail [Adams, Executive Artistic Director] wrote a play called Snow Light, and my son David was in that, and he was the son of the man and woman who were these circus people, and he did magic tricks. One night he did the trick, and it didn’t work, but he covered it. And Abbey and I were standing backstage, and she said, “Did you just see that? How he covered that?” She said, “That’s an actor.” And no one knew that he had made a mistake, because he made it look like it was magic.

That’s a very memorable entry point. Did you start subscribing immediately, or did you subscribe later, after you’d seen more shows?

I don’t really remember when I started to subscribe, but it was probably right away, because I love theatre. I wanted to be an actress for years, but I didn’t have the talent my sons have. And so, once I realized we had a theatre right there... at the time I lived in Eagle, and People’s Light was in Chester Springs. Now I’m in Malvern, and I could walk here.

I know you’d probably be partial with your children being in a show, but is your favorite show that you’ve seen here one of the shows they’ve been in?

One of the shows that I loved from long ago, I think it was called Holy Ghosts and Bob Lohrmann was in it. It was about snake worshippers, and they used [live] corn snakes, and it was in the theatre in the round. Bob Lohrmann, who I knew well, he was so good I didn’t realize it was him.... It was just the most amazing show. So different.

In the past five seasons, has there been a production that surprised you or that you weren’t expecting to like?

Well, as most people in this theatre will tell you, I like everything People’s Light does. I’m not so much of a good critic, because I get something good out of every one that I see. What I like that they’re doing in the last few years is that they’re stepping out of the box. As Zak [Berkman, Producing Director] just said to me, “We don’t have a box anymore.” I said, “Good!”

But they are taking chances, and I like that. I like that they’re ready to explore new things. I’m not one of those people who wants things to stay the same, so I like when they do that. I’ve particularly liked Dominique Morisseau's plays a lot.

I love that they’re covering present issues, but I think that we need to laugh a little bit, and more than just the Panto. And I think the Pantos are fun, but I would like to see us do something different around the holidays... and I like when they do Shakespeare; this theatre does Shakespeare well.

One of my favorite shows that we’ve done here was Richard III.

What’s your favorite show that you’ve seen outside of People’s Light? Is there a particular show that you think is a good fit for us that you would love to see done here?

I haven’t really thought about that because People’s Light does so many neat things. I do like things by Ibsen, but I don’t know. I’m always ready for whatever the theatre is going to show me next, because they have so much to choose from, but it would be nice to see a comedy here.

What’s one of the best memories you have about your time spent at People’s Light?

I used to watch them build the sets. They used to let you watch rehearsals. Then, I would help them strike the sets... we took the Macbeth set out in to the parking lot and set it on fire. That was fun!

I used to volunteer for a long time—seating people, and all that… I just love it. I’m glad I live around the corner. The old-time actors that I’ve known since back in the day: Marcia Saunders, Steven Novelli, Tom Teti, all those. They always say they look for me on opening night when they’re in a play, because they know I’m there—I’m always there on opening night. And I like the fact that opening night, afterwards you get to talk to the actors. That to me is important. People go, “But opening night, the play is fresh.” And I say, “It’s always good. These people do the show right out of the box. It’s good right away.”