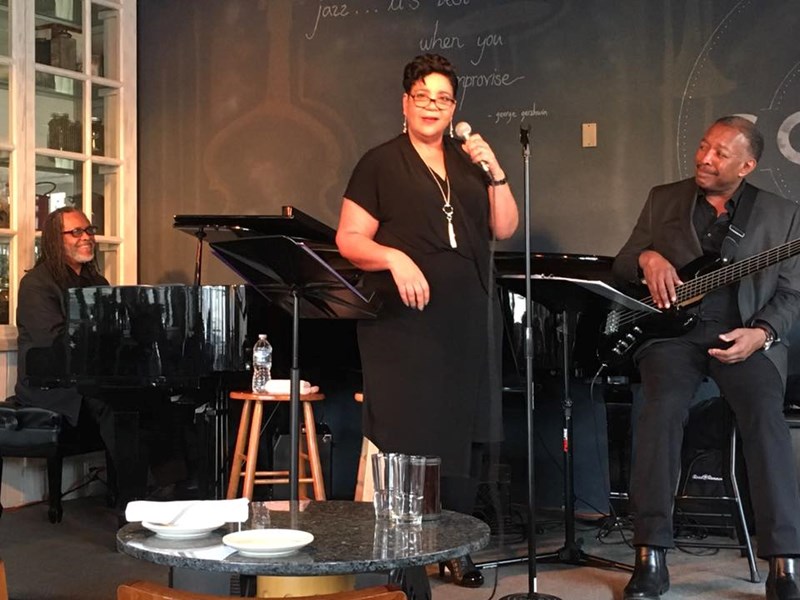 One of the best parts about planning our annual auction is the opportunity to work alongside Romona Riscoe Benson, this year’s committee chair and a People’s Light board member (2014-present). Since joining the committee last October, Benson has turned up the lights on the theatre’s premiere fundraiser, by leading one of our most diverse committees to date and landing NBC reporter, Dray Clark, for a special appearance.

With such an impactful role that requires her to oversee corporate and community partnerships across the Greater Philadelphia region, we are very fortunate to have her share her talent and passion. As you’ll read in this Q+A below, Benson and PECO, have been long-standing supporters of arts and cultural experiences for decades.

In her role at PECO, Benson continues to develop, lead, and execute strategic corporate and community giving programs, as well as reputational positioning initiatives. Prior to that, she served as President and CEO of the African American Museum in Philadelphia and Executive Director of the PCVB’s Philadelphia Multicultural Affairs Congress, where she produced the PECO Jazz Festival.

In addition to her highly accomplished professional career, Benson is also an established jazz singer. She has performed at venues across the state, from Pittsburgh to Philadelphia, including the beloved Zanzibar Blue and, now, South Jazz Cafe. Benson uses her passion for singing as a vehicle to tell stories for her audiences. She began her jazz journey under the direction of Nathan Davis, singing with the University of Pittsburgh Jazz Ensemble. She has played with acclaimed musicians including Geri Allen and the legendary Kenny Clarke.

What drew you to becoming involved at People’s Light?

I’ve always enjoyed theatre, and while getting to know People’s Light productions and patrons, I quickly developed an appreciation for the diversity of its work, as well as its earnest efforts to engage more broadly with the community. Since joining the board, I have gained a higher level of respect for the company’s risk-taking in producing plays that extend beyond the scope of traditional theatre.

How do you view the relationship between arts and business?

There is a role that business plays in the life of arts and culture, not just in Philadelphia, but around the world, so it’s critical to ensure that where we work and live has artistic influences. At PECO, we believe the business community has a responsibility to help provide all communities with access to the arts. That is why PECO supports hundreds of local organizations, including People’s Light, by sponsoring innovative programs that promote diversity, arts and culture.

We support People’s Light to enable the company to make their plays and programs accessible to those populations, who may not have access to experience them. Since our founding more than 100 years, PECO has a long-standing history of serving as strong corporate citizen in the Greater Philadelphia region by sharing our time, talent and treasure with countless organizations. In fact, PECO is one of the Walnut Street Theatre’s original supporters!

What makes People’s Light a good fit for PECO’s financial and volunteer support?

PECO has proudly supported People's Light programming for more than 15 years, as we value the work of the theatre company and similar organizations whose efforts bring vibrancy to local communities, and in particular to those who live in Chester County.

What are the initiatives that you are most passionate about at People’s Light? How do they align with your personal interests and values?

The Equity, Diversity and Inclusion (EDI) work that is being done both internally and externally, excites me. This organization is doing a lot of hard work around that and I see a sincere, continuous effort to develop relationships across the community. It so clearly aligns with my goals as a leader for corporate and community giving at PECO, so it’s a very positive experience for us to be involved.

What excited you about chairing this year’s Bash and Bid fundraiser?

I’m excited about being able to bring together a very active group of people to see how we can really step up our game, and implement new ideas such as:  inviting TV personalities to participate in the event and widening our base of supporters. I also am looking forward to sharing the work and mission of People’s Light’s to identify new supporters, and most importantly, putting the spotlight on underserved communities.

Can you share a little bit about your love of jazz as a listener and as a singer?

My love of jazz was passed down to me from my mother. She made sure I listened, learned and developed an appreciation for jazz and the people, struggles and history it represented. As I got older and began learning more about contemporary jazz artists, I wanted to be a part of that. I began singing professionally when I was 19 — coincidentally, my relationship with PECO began through my involvement with its jazz festival.

I’ve had the opportunity to be involved in several live productions beginning in the 1980s up to present day. A few years ago, I had the pleasure of performing with renowned jazz artists such as Donald Byrd, Dexter Gordon, Jackie McClean, Nancy Wilson. I continue to be in awe of jazz and the musicians, who keep this important music genre alive. Jazz is an important art form that has played a big part in the history of this country.