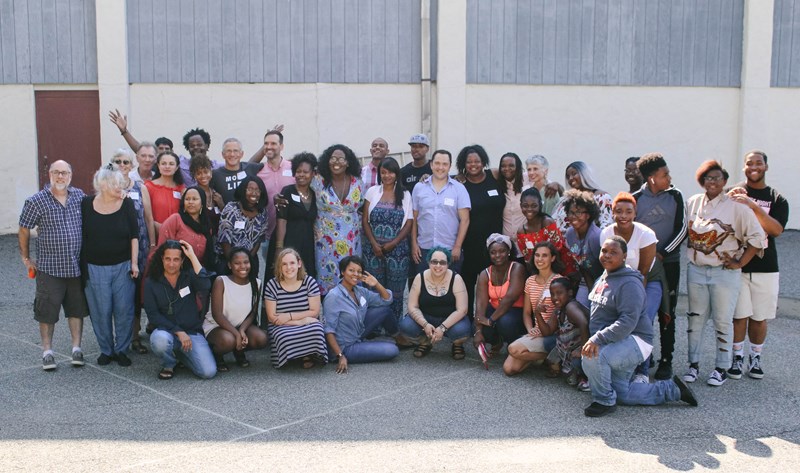 Now in its 29th year, New Voices is an intensive, fully-subsidized program that uses theatre to develop students’ confidence, academic discipline, and communication skills. Over the summer, we hosted a reunion for alumni here on our campus. Throughout the month of December, we've been raising money to support the future of New Voices; you can learn more and make an end-of-year gift here.

We turn to New Voices Program Director (and original ensemble member) Nadira Beard for her perspective on the program.

The friendships we made in New Voices are special. I think that each of us left the program with friends for life. When we met each other in middle school, we were all at a very vulnerable and awkward stage in our lives - physically, mentally, and emotionally. I guess New Voices not only provided a safe place to be ourselves, it also provided a positive space where my peers and I could talk, relate, and help each other through tough times. And to have adults around to listen and not judge was the icing on the cake. 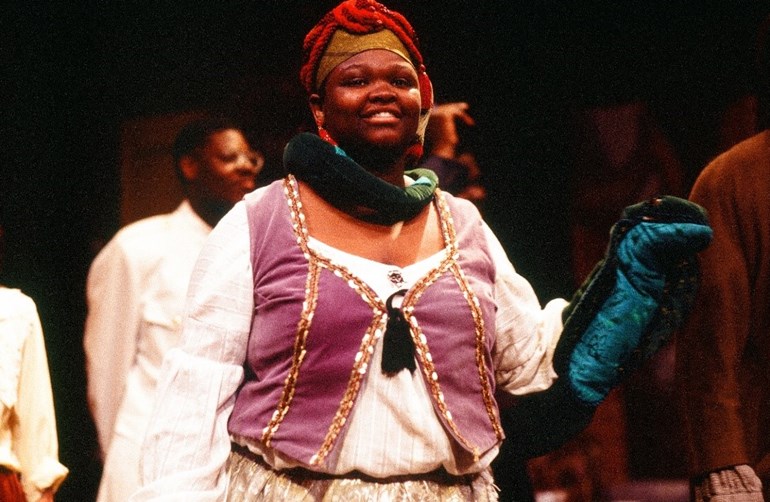 Nadira performs as a student in New Voices.

Not attending New Voices was a common punishment that our parents used on us. They knew that being at People’s Light made us happy. They knew that taking away the one place that we could be ourselves would devastate us. They also knew that we didn’t want to let our ensemble members down by not showing up – we were accountable to the group. To be at the reunion and see all the faces that made my pre-teen and teen years special and beyond memorable was powerful. A different type of family that influenced my life so much.

When I was in New Voices, I used to walk around with notebooks. In the notebooks were stories, scenes, and plays I wrote using my friends in the ensemble and staff as characters. All I wanted to do was write stories for us and about us. 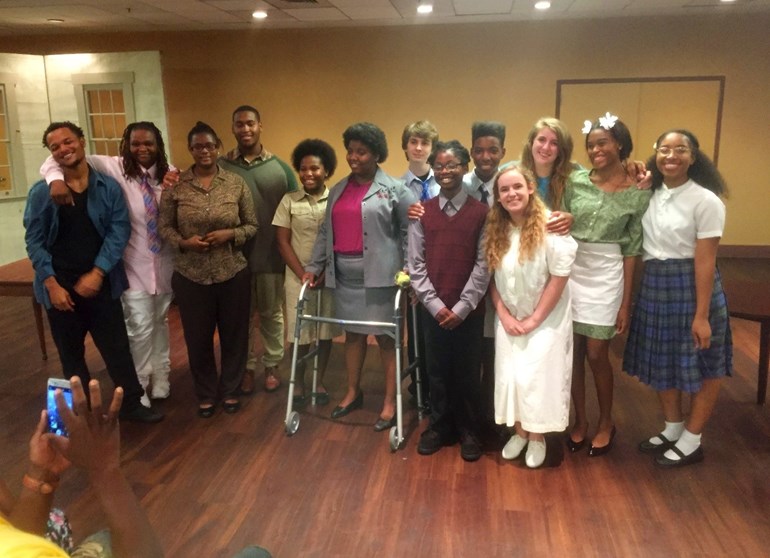 Nadira (second from left) with the cast of her original play Some Days Are Never Forgotten, performed on the Steinbright Stage and at Chester City Hall in the summer of 2017.

With every year I spent at People’s Light, I realized that there were so many more stories to be told, and the new voices of children, who thought they had no voice, would be the people to tell them. It’s hard to be a kid and be heard. New Voices is where the smallest voice becomes huge, and the biggest voice becomes humble. 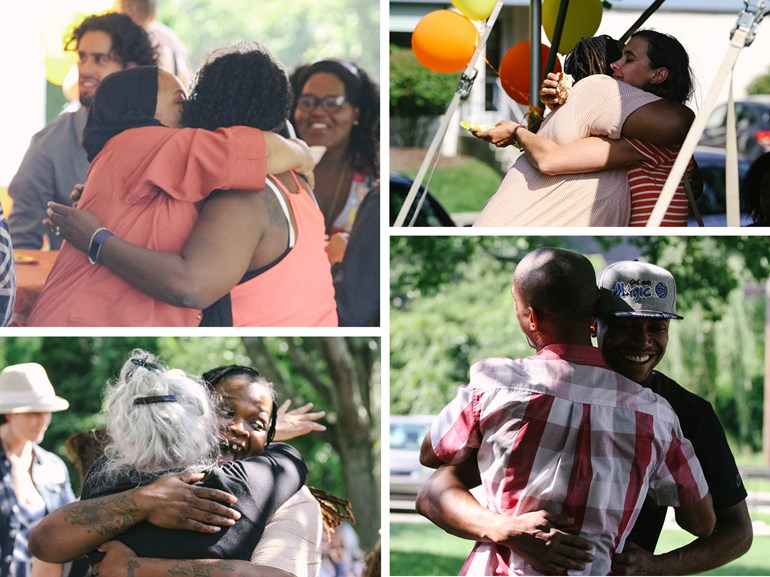 Old friends come together at the New Voices reunion, August 2018

Nadira began her association with People's Light in 1990 when she was a student in a People’s Light residency in the city of Chester middle schools. She toured with the original New Voices Ensemble, performing in Stolen Voices, A Midsummer Night’s Dream, and Madwooman of Chaillot, as well as People’s Light mainstage productions of Peter Pan and Grimm Tales.

Nadira was also a Teaching Assistant for People’s Light SummerStage as a teenager, part of a residency at Chester East Side Ministries. In 2011 she returned as a Teaching Artist for the Theatre School and Summer Stage, teaching acting and improvisation, and continues to do so. She participated in the People’s Light 2013 Summer Lab with the National Theatre of Scotland, taught a playwriting residency at Chester Community Charter School of the Arts under the auspices of People’s Light, and ballroom dancing for Dancing With the Students in the city of Chester.

As well as being a Resident Teaching Artist, Nadira is currently the Program Director for the New Voices Ensemble, which performed her original plays, Some Days Are Never Forgotten (2017) and Y, I Love You (2018) at Chester City Hall and People’s Light. Nadira performed in People’s Light’s 2017 production of Project Dawn. She is also the recipient of the 2015 Colleen Toohey Porter Emerging Artist Award of the International Performing Arts for Youth Showcase.