Life in Circles
October 01, 2018 By: Zak Berkman, People's Light Producing Director and Co-Creator of SUCH THINGS AS VAMPIRES 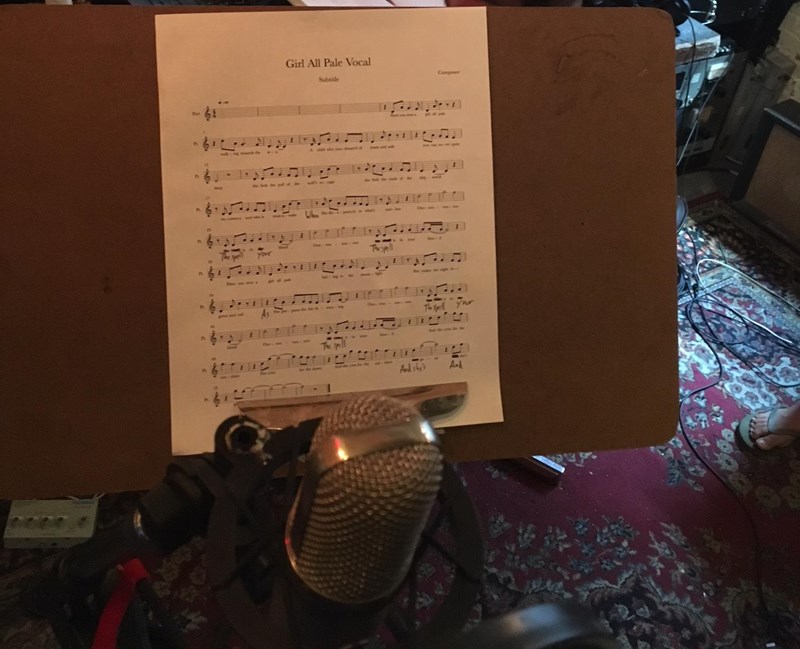 Last month, I found myself at Restoration Studio in Brooklyn, NY, recording the piano track for a song I’d written for Such Things As Vampires called “Girl All Pale.” I was suddenly dizzy with the wild circles of life.

Anyone who knew me growing up wouldn’t be surprised to hear I’m one of the composers for this new feminist spin on the Dracula tale. From age 5 to 25, songwriting was a central part of my life. For proof, and at risk of complete embarrassment, here’s a little ditty about disillusionment I wrote and recorded when I was 18 years old.

Something changed when I moved to New York and began my life in the professional theatre. I would occasionally sit at the piano or pick up my guitar to write a wedding song for close friends or vent over the 2000 election, but for the most part I let the musician part of me go, or at least hid it away.

In January 2014, I joined a group of People’s Light artists in Glasgow, Scotland as part of a multi-year collaboration with the National Theatre of Scotland. While there, we attended a special filming of NTS’ acclaimed production of The Strange Undoing of Prudencia Hart.  See if you can spot some familiar People’s Light faces in this trailer video.

I was thrilled by this crazy, immersive theatrical event, especially the way traditional border ballads and modern pop music were interwoven as part of the storytelling. I was reminded of my childhood love for British folk songs, and why I started writing music so long ago.

When #STAV co-creator Stuart Carden and I spoke for the first time it was to discuss his work with PigPen Theatre Company and their enthralling music-theatre fairytale The Old Man & The Old Moon. Seconds into the call, however, we discovered our mutual love for Prudencia Hart. It became a short-hand for us as we shared ideas for potential projects. Ultimately, we landed on re-imagining Stoker’s classic novel, and we asked Jessie Fisher and Mary Tuomanen to be our collaborators.

The intention was for Jessie to write all the songs for Such Things As Vampires, and she is the primary songwriter with a series of smart, catchy, shiver-inducing tunes that blow me away. But something funny happened on the way to Dracula’s castle: a few sketches of songs I offered as ideas and impulses for exploration were embraced by Jessie and the team as important for the piece as a whole.

The opportunity to work on these songs within the whole of this production, to have such gifted and generous souls bring their musicianship to them, is something I will always treasure. This is why I wasn’t devastated when we realized in the second week of rehearsal that “Girl All Pale” doesn’t align in our story arc as we first imagined. I sat down at the piano and wrote a new song in the way I might have when I was a kid. It's called "These Northern Winds" and you'll need to come to the show to hear it.