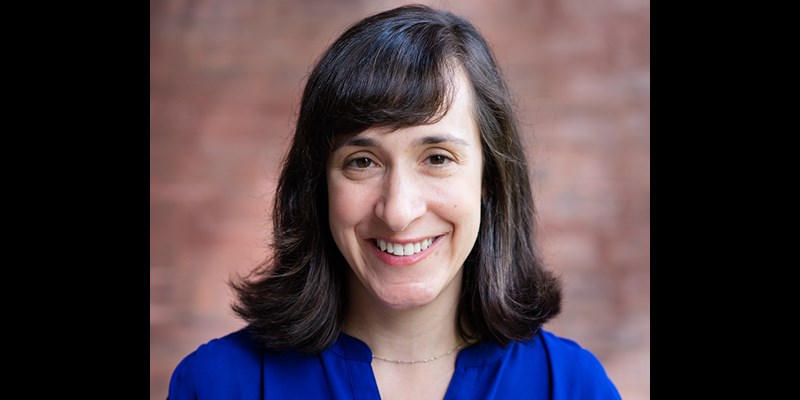 People’s Light is excited to welcome Erica Ezold to our full-time staff as Director of Finance. Read the interview below to get to know her!

Marcie Bramucci (MB): So, you have been here at People’s Light now for a whole month! And you are still breathing! With the realization that you are certainly still settling in, I wondered: what are you up to this week?

Erica Ezold (EE): It's been pretty busy since I got here the week that Such Things as Vampires opened! Right now my focus is preparing for our annual audit, which will begin on November 12th.

MB: What would you say is the relationship of the finance office to the work folks see on our stages and/or engage with in our classrooms and beyond?

EE: Theatre is a collaborative art form, it's one of the reasons I love it, and there's so much that happens behind the scenes. In the finance office my over-arching goal is to support the work on our stages and in our classrooms by keeping the organization in sound financial health. I do this by setting and monitoring our annual budget to make sure we have the resources we need to produce the work we want. Our office is also responsible for paying the staff and all the people who work on each production, so that keeps us top of mind for everyone behind the scenes too!

MB: Before arriving here with us in Malvern, you have done so much! You have worked for many Broadway productions (cough-West Side Story-cough, cough-August: Osage County-cough, among others…) and Off-Broadway productions, and most recently served as the General Manager of Pig Iron right here in Philly. Your skills can be applied in any field to any business operation. So, what is it about theatre? Why do you continue to dedicate your professional life to this particular field?

EE: Well the truth is I started with a love of theatre and management/finance followed! I've been a theatre lover since I was a child and decided in high school to pursue a career in it. I started in stage management but quickly moved to company and general management because I wanted a wider view of each production. I obtained an MBA because I wanted to develop business skills but bring them back to the work I love.  Philly has such a phenomenal theatre scene and I feel lucky to be a part of it. The commercial productions I was involved in in New York were exciting, but for me non-profit, mission based work is so much more gratifying.

MB: What most excites you about the season ahead?

EE: Do I have to choose? I have a particular affinity for new work so it was extremely gratifying to see Such Things as Vampires come together, even though I only caught the end of the process. I'm looking forward to Mud Row for the same reason. I can't wait to take my kids to see Cinderella, their first Panto, and Sweat is a fantastic script. Really I can think of something exciting about everything in this season!

Erica joins People’s Light with over fifteen years of experience managing financial and administrative activities for non-profit and commercial theatre companies. Most recently, Erica served as General Manager for Pig Iron Theatre Company in Philadelphia. Prior to that, she lived in New York where she was an Associate General Manager and Company Manager for Broadway and Off-Broadway productions including The Two Character Play, West Side Story (2009 revival), August: Osage County and Spalding Gray: Stories Left to Tell. Erica holds a Bachelor of Fine Arts in Drama from New York University and a Master of Business Administration from Baruch College. She lives in Havertown with her husband and two sons, Calvin and Wesley.