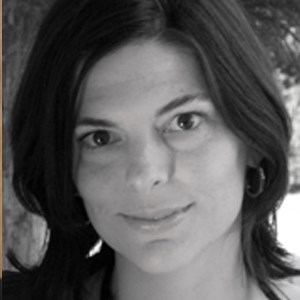 Kate Fodor is an American playwright and television writer. Her debut play, Hannah and Martin, opened Off-Broadway on March 20, 2004 by the Epic Theatre Ensemble. The play won the Roger L. Stevens Award from the Kennedy Center Fund for New American Plays and a Joseph Jefferson Citation for New Work. It was also a finalist for the Susan Smith Blackburn Prize.

Fodor followed this with the play 100 Saints You Should Know, also Off-Broadway, at Playwrights Horizons, in September 2007, about a priest in the midst of his own spiritual crisis interacting with a small galaxy of people experiencing theirs as well.  The play was called "one of the year's 10 best" by Entertainment Weekly and TimeOut New York in 2007 and went on to productions in Los Angeles, San Francisco, and St. Louis, among others. The play won the Roger L. Stevens Award from the National Theatre Conference.

Fodor's play "Fifty Ways" was the inaugural commission in the new plays program at Chautauqua Theater Company, the professional theater company of the Chautauqua Institution. The play was produced there in 2012.

Fodor's plays have been published or excerpted in a number of anthologies and are published by Dramatists Play Service.

Fodor was a 2013 Guggenheim fellow in playwriting and has been a fellow at the Playwrights Center in Minneapolis, a resident playwright at New Dramatists in New York and a member of the New Play Frontiers program at People's Light & Theater Company in Malvern, Pennsylvania. She has taught playwriting at the University of Pennsylvania.

As a television writer, Fodor has developed pilots for AMC and Starz.

Fodor is a graduate of Oberlin College.