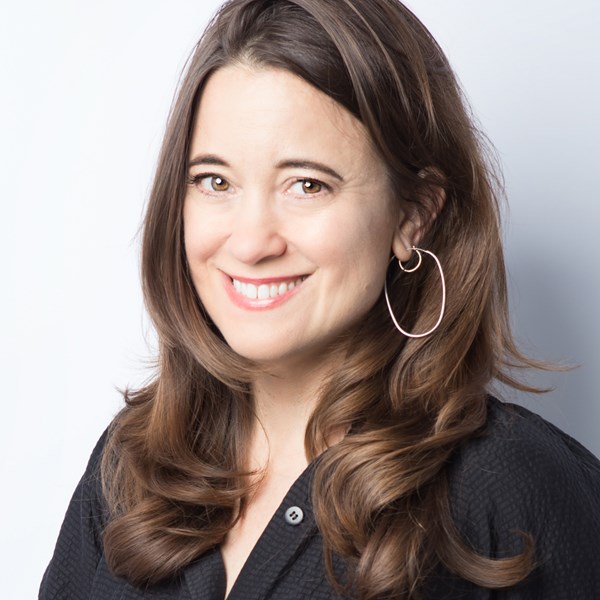 The 2016/17 season saw four productions of three world premieres: Roz and Ray at Seattle Repertory Theater and Victory Gardens, The Book of Joseph at Chicago Shakespeare Theater, and Project Dawn at People's Light, the inaugural production of their New Play Frontiers program, where she was a resident artist. In 2014 -15, Ms. Hartman held the Playwright Center’s McKnight Residency and Commission for a nationally recognized playwright.
​
Current projects include Good Faith, a commission for Yale Repertory Theater about race in the New Haven Fire Department, Alice Bliss (with Jenny Giering and Adam Gwon), a musical for Playwrights Horizons based on Laura Harrington’s contemporary wartime coming-of-age novel , and the musical Waterfall (with Richard Maltby, Jr. and David Shire), a cross-cultural love story set in Bangkok and Tokyo between the World Wars .

As a librettist, Ms. Hartman wrote new dialogue for Mozart’s Magic Flute premiering with Pacific MusicWorks at Seattle’s 1200-seat Meany Center in May 2015. She and composer Graham Reynolds won the Frederick Loewe Award for Music Theater for their pop opera MotherBone. ALICE: Tales of a Curious Girl (Music by Gina Leishman, adapted from Lewis Carroll), was produced by Dallas Theater Center and many other companies, and won the AT&T Onstage Award. Sea Change, a musical with score by AnnMarie Milazzo, was a finalist for the O’Neill Musical Theater Conference.

Goldie, Max, and Milk premiered at Florida Stage and was nominated for the Steinberg/American Critics Award (Best New American Regional Play) and the Carbonell Award (Best New Play in Florida). Gum, which premiered at Baltimore’s Center Stage, has seen dozens of productions at theaters and universities across the country and in Europe. Her many other works include Goliath (Dorothy Silver New Play Prize); Leah’s Train (Weissberger Award Finalist); Going Gone (N.E.A. New Play Grant); Girl Under Grain (Best Drama in NY Fringe); Wild Kate (adapted from Moby Dick) and her Euripides adaptation Troy Women, which has become a staple of college theaters. She is one of five writers of The Antigone Project, with productions off-Broadway, at Baltimore’s Rep Stage, and Portland’s Profile Theater. ​

Hartman’s personal and political essays have been published in the New York Times and the Washington Post. In 2016 she co-founded the national project #TogetherForAbortion, a day of conversations in all fifty states about reproductive rights. She wrote an introduction for Double Exposure: Plays of the Jewish and Palestinian Diasporas, published in 2017 by Playwrights Canada Press.

A New Dramatists alumna and past Core Member of the Playwright’s Center, Ms. Hartman’s work has been supported by the Rockefeller Foundation at Bellagio, the National Endowment for the Arts, Princeton’s Hodder Fellowship, the Helen Merrill Foundation, Space at Ryder Farm, Hedgebrook, MacDowell Colony, the O’Neill Playwrights Conference, , the Sustainable Arts Foundation, a Daryl Roth Creative Spirit Award, a Joseph A. Callaway Award from New Dramatists, a Jerome Fellowship, and a Fulbright Scholarship. She has been a guest artist at the Royal National Theatre of Great Britain.

Ms. Hartman grew up in San Diego and graduated from Yale University and the Yale School of Drama. She lived in Brooklyn until 2014, when she became Senior Artist in Residence at the University of Washington in Seattle.  For more information: http://www.karenhartman.org/