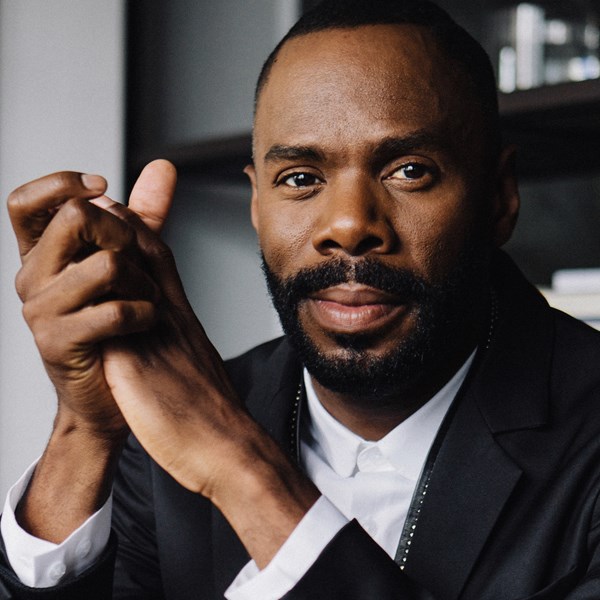 An Academy of Motion Pictures Arts and Sciences Class Member and a Sundance Screenwriters Lab Fellow, Colman Domingo is an Olivier, Tony, Drama Desk, Drama League and NAACP Award nominated, OBIE and Lucille Lortel Award winning actor, playwright and director. Colman recently filmed Barry Jenkins sprawling James Baldwin drama If Beale Street Could Talk from Pastel/Plan B/Annapurna Pictures  in New York. Domingo stars on AMC's Fear The Walking Dead as Victor Strand. He has recently guest starred on Bojack Horseman (Netflix), Timeless (NBC), American Dad (FOX) and Miles From Tomorrowland/ Mission Force One (Disney Jr). Colman recurred on The Knick (Cinemax), guest starred on Horace and Pete (Hulu) and Lucifer (FOX). A slate of features will see him starring in Assassination Nation directed by Sam Levinson, which is headed to The Sundance Film Festival 2018,  First Match directed by Olivia Newman for Netflix, which is headed to SXSW 2018 Film festival, and the upcoming  Nothingman directed by Eli Kooris and Joshua Shaffer. Domingo is slated to direct his first feature film, City On Fire written by Corey Miller, produced by Jason Berman and Alex Ott for Mandalay Pictures. Colman is a recent recipient of the  Sundance Feature Film Program Grant. Mr. Domingo, his creative partner Alisa Tager and AMC Networks are currently developing an original drama series for television, titled In the middle of the Street, which he will write and Executive Produce.

Colman co-starred in many films such as the Academy Award® nominated Paramount film Selma as Reverend Ralph Abernathy, Lee Daniels' The Butler, All is Bright directed by Phil Morrison,  Newlyweeds directed by Shaka King, Lincoln directed by Steven Spielberg, three films directed by Spike Lee, including Miracle At St. Ana, Red Hook Summer and Passing Strange, Freedomland  directed by Joe Roth, True Crime directed by Clint Eastwood, and The Birth of a Nation.

Domingo starred in The London Evening Standard Award winning The Scottsboro Boys at the Young Vic in London a role which he originated on and Off Broadway and reprised on the West End.

Domingo followed in the footsteps of Zakes Mokae, James Earl Jones and Danny Glover and starred as Zachariah in the New York revival of Blood Knot written and directed by Athol Fugard as the inaugural production of the Signature Theater Center Off Broadway. Colman is well known for his star turns as Mr. Franklin and a German performance artist, Mr. Venus of Berlin, in the Tony and Drama Desk Award winning groundbreaking musical Passing Strange directed by Annie Dorsen on Broadway and documented on film by Spike Lee. Mr. Domingo has starred in the first ever screen adaptation of a Ralph Ellison story for PBS, King of the Bingo Game.

Colman made his British and  Australian theatrical debuts with his self penned solo play A Boy and His Soul  at the Tricycle Theater and Brisbane Powerhouse Theaters, the production which originated at the New York City’s stalwart the Vineyard Theatre. He starred in his play Wild with Happy that had its debut at the Public Theater. His fourth play Dot premiered at the Humana Festival at Actors Theater of Louisville and premiered Off Broadway at the Vineyard Theatre directed by the legendary Tony award winner Susan Stroman. Dot is enjoying regional productions around the country and is published by Samuel French.

Domingo and nationally acclaimed theatre-maker Patricia McGregor co-authored  the critically acclaimed and sold out production of Lights Out: Nat "King" Cole musical that had its world premiere at People's Light Theatre in October 2017, starring Dulé Hill. Colman also collaborated with Des McAnuff and Robert Cary on SUMMER: The Donna Summer Musical which enjoyed its world premiere at LaJolla Playhouse, starring Tony- award winner LaChanze, Ariana DeBose and Storm Lever, and will transfer to Broadway on March 28 before opening on April 23, 2018 at the Lunt Fontanne Theatre.

Colman's most recent play, The Brother(s), will receive its world premiere at the Z Space in San Francisco, in November 2018.

Colman is on the board of directors of the Vineyard Theatre, the preeminent home for new plays and musicals. Mr. Domingo is on faculty of The National Theater Institute at the Eugene O’Neill Theater Center and has taught, guest lectured and mentored at Massachusetts Institute of Technology, University of North Carolina at Chapel Hill, the University of Texas at Austin, the Savannah College of Art and Design, University of Wisconsin, Madison O.M.A.I., The New York Writers Institute as the Burian Lecture Fellow, University of Minnesota, Temple University, The Art Institute of San Francisco and Community College of Philadelphia.