Bayard Rustin: Inside Ashland | In Development

It was early spring 2016. Kamilah Forbes was set to direct our Fall production of Katori Hall’s The Mountaintop. Kamilah directed our very successful productions of August Wilson’s Fences and Arthur Miller’s All My Sons. She and Katori were longtime friends. In fact, Kamilah had directed early developmental workshops of Katori’s award-winning play, but never a full production. As part of this reunion plan, Katori would reflect on her play (which first premiered in 2009 and had a Broadway production in 2011) amidst the sunset of the Obama presidency and consider ways to update the script. Bowman Wright in The Mountaintop, 2016. Photo by Mark Garvin.

Life intervened. Kamilah gave birth to her first child and was also hired to become the Executive Producer at The Apollo Theater. It became clear by June she could not commit herself to two months in Malvern. We were thrilled for Kamilah, but anxious about what this would mean for The Mountaintop. Key for us was to hire a new director whom Katori trusted and would keep her invested in revisiting her play. We decided to ask Steve Broadnax. Dominique and Steve pose in our lobby during rehearsals for Mud Row.

We first met Steve through Dominique Morisseau. She asked for him to be attached to her New Play Frontiers (NPF) play Mud Row ever since the reading of the first draft of the script in December 2015. The Mountaintop would be Steve’s first production with us, and, fortunately, it was a profoundly meaningful experience. Katori did indeed make some adjustments to update the script to 2016, which resulted in a staggering climactic ending that audience members continue to talk about to this day. Following The Mountaintop, Steve directed our highly acclaimed production of Dominique’s Skeleton Crew. He also continued to collaborate with her on Mud Row. During this time, Steve proposed a project of his own that would combine our NPF approach to new play development with our Harmony Lab exploration into music-driven theatre. Bayard Rustin: Inside Ashland builds on our Mud Row partnerships with organizations in Rustin’s native West Chester, PA such as the Charles A. Melton Center, and involves a collaboration with Tony Award Winner composer/arranger Jason Michael Webb.

Steve and Katori Hall continue to collaborate. Most recently, Steve direced the World Premiere of Katori’s The Hot Wing King at the Signature Theatre in New York City, which included Mud Row actor Eric B. Robinson Jr. among the stellar cast. 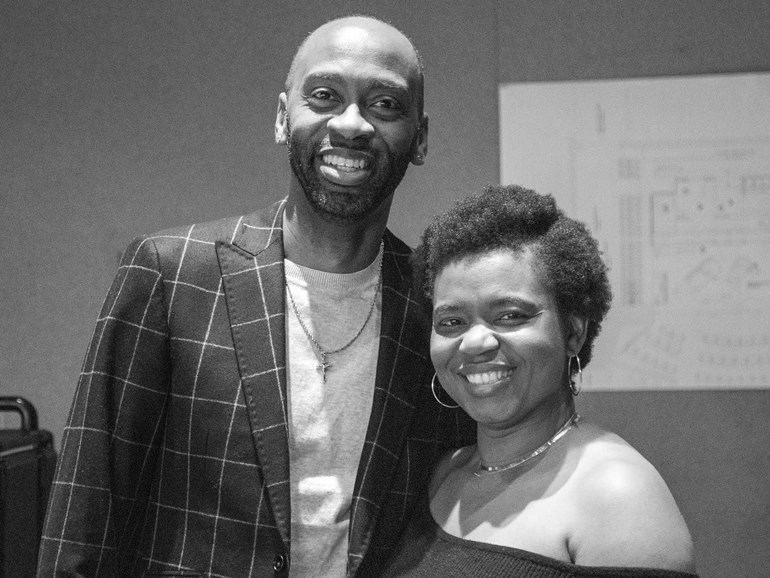 We remain in close touch with Kamilah Forbes as well. In fact, People’s Light planned to partner with The Apollo Theatre to produce a workshop Bayard Rustin: Inside Ashland this past March in preparation for our World Premiere of Steve’s play this spring. Life has intervened and we now must wait until our 2021-22 Season for Bayard Rustin: Inside Ashland to come to life.

Longstanding relationships have always been a core value and central tenant to People’s Light. We are thrilled to be a creative home for Steve, Dominique, Katori, and Kamilah: a constellation of artists who have transformed the American Theatre and continue to shape its future.