Theatre as a Catalyst for Social Change

New Play Frontiers is a long-term initiative to develop and produce new plays that explore our American identity inspired by stories and concerns in our region. We invite nationally recognized playwrights to immerse themselves in neighboring communities in collaboration with community partners. As we shepherd the plays from page to stage, we attract new audiences and create an environment that supports dialogue and greater civic engagement.

Eleven writers have participated in NPF residencies and received commissions to create new theatre pieces that would not exist without this initiative. The opportunity to explore and discover our surrounding neighborhoods and engage with a wide range of community partners provides these writers with a distinctive experience unlike any other new play program in the country. Our NPF playwrights are Steve H. Broadnax III, Eisa Davis, Sanjit De Silva, Colman Domingo, James Ijames, Kate Fodor, Karen Hartman, Dominique Morisseau, Kathryn Petersen, Deepa Purohit, and Laura Schellhardt.

To learn more about the origins and discoveries of New Play Frontiers, read Producing Director Zak Berkman’s Being Regional For A Reason blog series on Howlround.

Project Dawn by Karen Hartman — premiered June 2017
Read more about the development and impact of Project Dawn, the first world premiere to emerge from NPF. 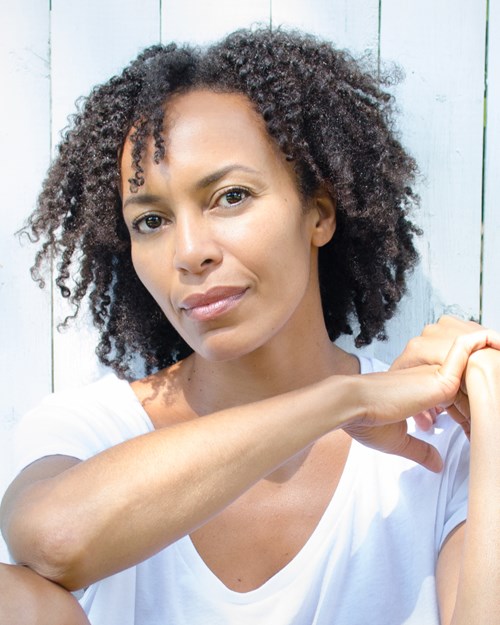 Mushroom by Eisa Davis
“This play centers on the lives, loves, families and working conditions of Mexican mushroom pickers in Kennett Square, examining the recent strains placed on this cultural community by an oppressive governmental regime. It uses a series of experiments in form and non-linear storytelling to explore the characters' dreams and fears.”

In the press: "Brooklyn Playwright Delves Into the Lives of Mushroom Farm Workers" Bayard Rustin: Inside Ashland by Steve H. Broadnax III
This play was originally slated to premiere in our 2019/2020 Season, but due to public health concerns, has been postponed to the 2021/2022 Season.

Steve proposed the creation of a new play about Rustin, a West Chester native and Cheyney University graduate, while serving as the director for Mud Row. As with Morisseau's residencies, we partnered with the Charles A. Melton Arts and Education Center to support this project. Steve developed Inside Ashland during multiple workshops at the Melton Center, People's Light, Penn State, and in New York City.

Read more about the play's development

New plays in development by our second round of NPF playwrights Photo: A staged reading of The Crushed Earth, Act I as a part of our Community Matters program, summer 2019

“Our play follows the intersecting lives of three complex characters who all have roots in eastern Pennsylvania: an 18th century Lenape woman, Hannah, in search of her ancestral homeland; a present day Indian-American college student, Gayatri, who was born in India and is in jeopardy of being sent back; and Frederick, an African-American Sheriff who, amidst a winter storm in July, unexpectedly uncovers the truth of his past. The play explores the question: Who has a right to decide what places we claim as our home?" The Game & The Change by Laura Schellhardt

“Working on the New Play Frontiers commission has reminded me of why I became a playwright in the first place. I entered the work to engage with specific communities, to collect different points of view and - in so doing - to challenge and redefine my own.  Recently, I've been spending my time engaging with the next generation - specifically junior high and high schoolers from around the country.  Listening to them voice their concerns and - more importantly - watching them forge their own path through those concerns - has given me great hope for the future. In my NPF fellowship so far, I've met with kids from the Coateseville, Phoenixville and West Chester, and my play will focus on the many ways they're fighting to become leaders in their respective communities.”

Read more from Laura on our blog.

New Play Frontiers has received major support from The Andrew W. Mellon Foundation and the National Endowment for the Arts.