People’s Light is committed to become a leader in the incubation and production of new music driven theatre. This emerges from a passion among our artists for jazz, folk, rock, and other styles of music, as well as a clear excitement from audiences for productions that feature music as a prominent aspect of its storytelling.

Our highly successful presentations of The Devil’s Music: The Life and Blues of Bessie Smith, Woody Sez: The Life and Music of Woody Guthrie, Ring of Fire: The Music of Johnny Cash, and The Road: My Life with John Denver launched our exploration into new works built around the songs of one iconic musician. Meanwhile, Jonatha Brooke’s My Mother Has Four Noses and Loudon Wainwright III’s Surviving Twin were experiments in new forms of solo music-theatre performance: part monologue, part concert, performed by the author/composer.

These productions inspired and informed our decision to commission, develop, and produce new homegrown theatre pieces infused with both classic and original music. The first project to reach our stages was Lights Out: Nat “King” Cole, a powerful exploration of race in America through the experience of the iconic singer as he anticipated the final broadcast of his NBC variety show. Conceived and created by Colman Domingo and Patricia McGregor, Lights Out is a fever dream that probes beneath Cole’s elegant veneer as he questions whether to exit with grace or “burn it all down”. As a result, the production asks the audience to encounter classics like “Unforgettable”, “Straighten Up and Fly Right”, “The Christmas Song”, and “The Party’s Over” through a completely new lens.

Our award-winning World Premiere of Lights Out featured Dulé Hill and Daniel J. Watts as Cole and Sammy Davis Jr.. Both performers reprised their roles in a subsequent sold out production at the Geffen Playhouse in Los Angeles. 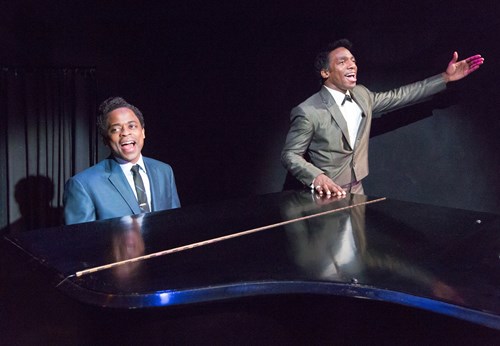 "Real and surreal do a tap-dance throw-down..."

In addition to Lights Out, People’s Light continues to support numerous music driven theatre projects, many of which emerged from our Harmony Lab program. This program provides new teams of theatremakers, singer/songwriters, and music experts the space and resources to conceive of a new project together, start its development, and connect with others in the field.

Our first world premiere to come out of the Harmony Lab program was Such Things As Vampires by Zak Berkman, Stuart Carden, Jessie Fisher, and Mary Tuomanen. Inspired by the story of Dracula, this feminist exploration of love, fear, and the supernatural included 10 original folk, punk, and art-rock influenced songs that were awarded the 2019 Barrymore for Outstanding Original Music.

Currently in development is David and Sherry Lutken’s The Blue Ridge Nightingale, a sweeping story about an isolated Appalachian community forever changed by the arrival of a Song Collector who wants to share their music with all of America. 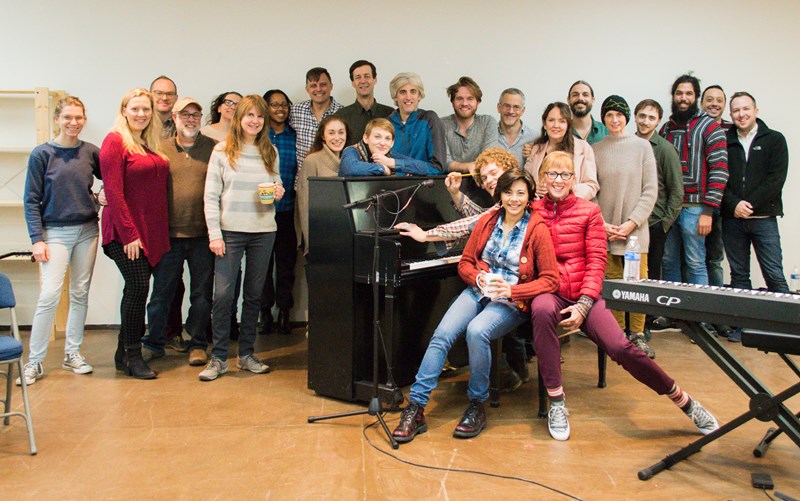